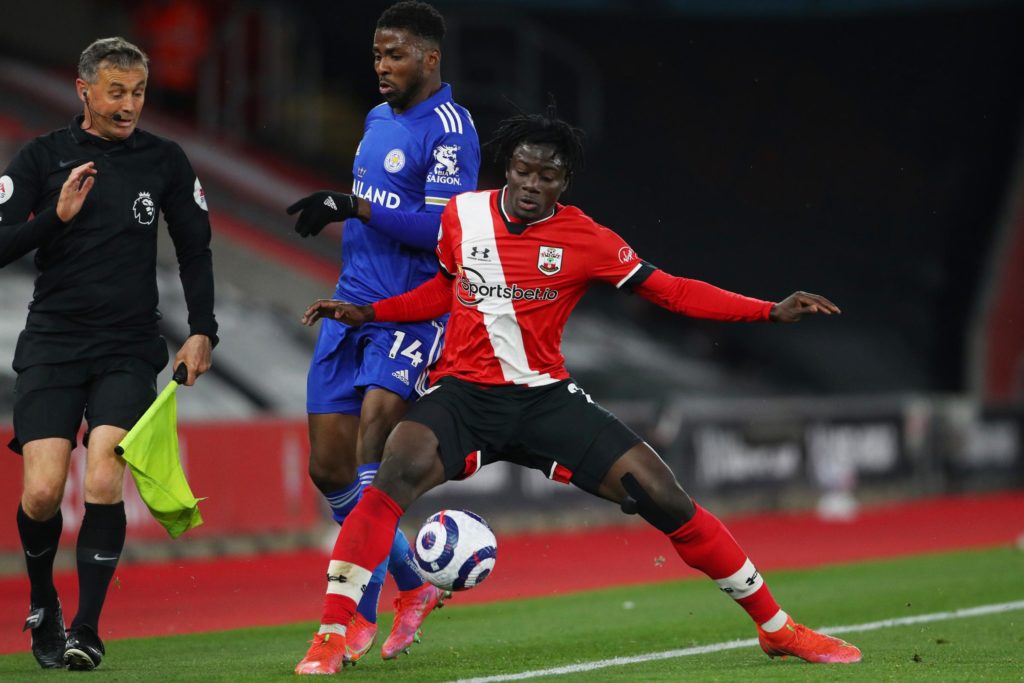 Ghanaian defender Mohammed Salisu has popped up on the radar of Spanish giants Barcelona ahead of the summer transfer window.

The 23-year-old is part of a five-man list the Catalan giants are considering before the transfer window opens next month.

Mohammed Salisu is enjoying a breakthrough campaign in the English Premier League, playing a pivotal role in manager Ralph Hassenhutl's Southampton side this season.

The Ghanaian defender has been shortlisted alongside Villareal's Pau Torres, Sevilla's Jules Kounde, Aymeric Laporte of Manchester City and Juventus' Matthijs De Ligt for a possible move in the summer.

Although his form has dipped in the last few weeks, his outstanding displays for most part of the campaign has made his one of the sought after defenders in Europe.

Barcelona know the defender for his exploits in  La Liga during his time with Real Valladolid.

This season, the Southampton center-back has made 32 Premier League appearances and two in the EFL Cup, where he has scored 1 goal.

Mohammed Salisu leads the table for the most interceptions in the English Premier League, having excelled in games against Manchester United and Manchester City.

He joined the St Mary's outfit in the summer of 2020 from Spanish outfit Real Valladolid.