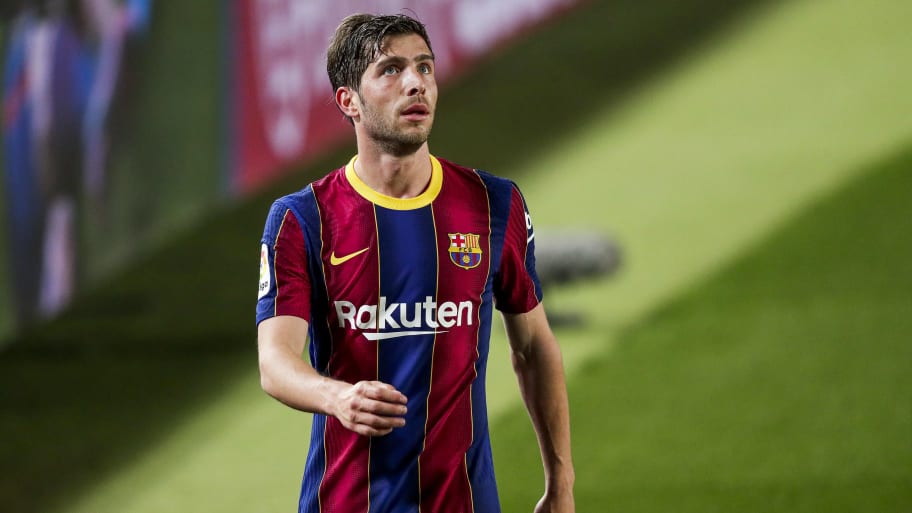 Barcelona are keen to extend Sergi Roberto’s contract until 2024.

Roberto is a graduate of the famed La Masia academy, making 304 appearances during his career so far. He has only ever featured for Barcelona but thanks to the club’s dire financial problems he had been linked with a move away from his boyhood club recently.

However, according to Mundo Deportivo, Barcelona are now keen to keep Roberto around for the next few seasons. His current contract is due to expire at the end of next season and earlier this year the club proposed a one-year extension.

Now, they want Roberto to pen terms until 2024 instead. With Barcelona operating with a minimal budget this transfer window, Roberto’s versatility - he can play full-back or in midfield - is valued highly by manager Ronald Koeman. Koeman is believed to see him as a rotational option for young defender Sergino Dest, as well as backup for Sergio Busquets who remains key to the way Barca play.

At this stage, negotiations are still in their infancy. Barcelona only recently informed Roberto’s representatives of their desire to tie him down to a longer deal. Saying that, the player is keen to stay so the deal should be agreed with minimal fuss.

Although Roberto is set to stick around, many other Barcelona players are in real danger of being sold this summer. The club are open to losing almost all of their first team squad for the right price as they are in dire need of additional funds.

The latest reports suggest that Antoine Griezmann - who signed from Atletico Madrid for €120m back in 2019 - could be on his way out. Barcelona are also keen to get the likes of Ousmane Dembele, Philippe Coutinho and Ilaix Moriba off the books.


This article was originally published on 90min as Barcelona set to extend Sergi Roberto's contract until 2024.