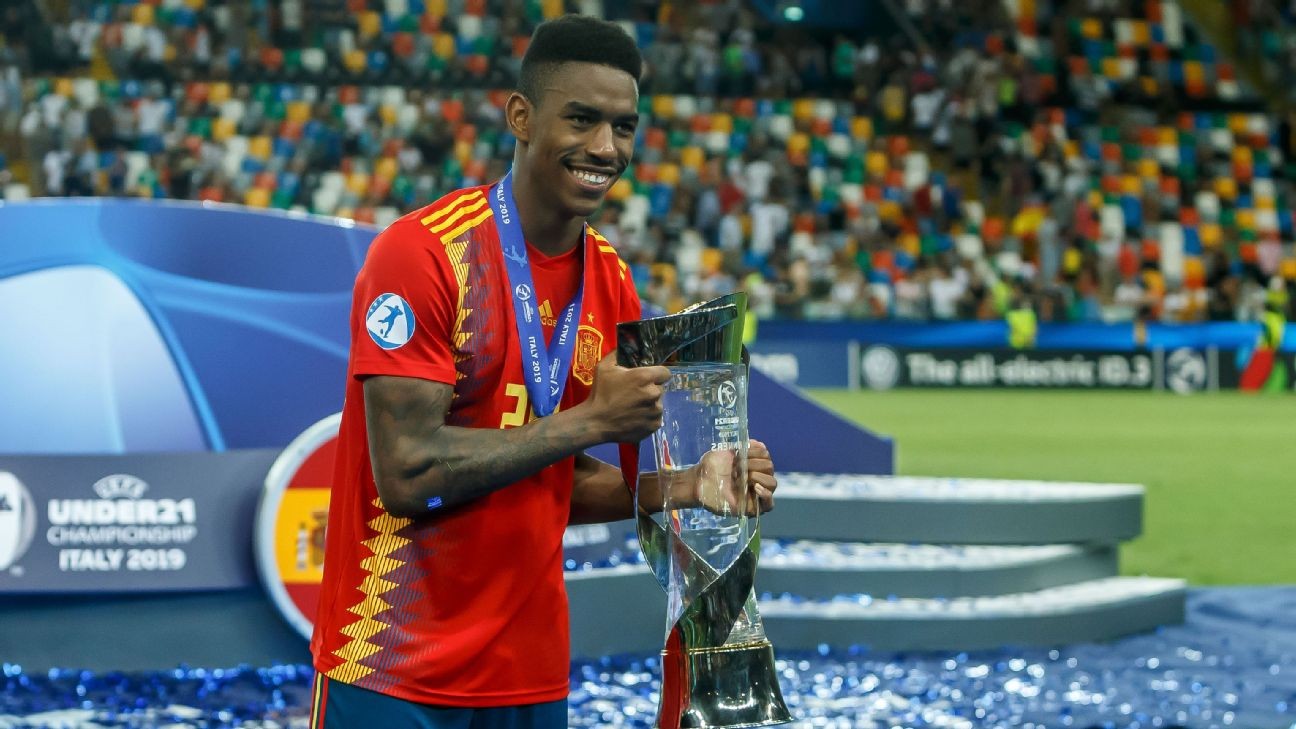 ESPN FC's Julien Laurens delves into a scenario where Neymar's desired move to Barcelona doesn't pan out and he's forced to stay at PSG.

Shaka Hislop feels Barcelona's high asking price for Philippe Coutinho is scaring off potential buyers, given the Brazilian's erratic from at the Nou Camp.

Barcelona have completed the signing of Real Betis defender Junior Firpo for a fee which could rise to €30 million, the Spanish champions confirmed on Sunday.

Junior, 22, becomes the club's fourth signing of the summer following the arrivals of Frenkie de Jong, Antoine Griezmann and Neto.

The left-back has agreed to a five-year deal with Barca, who will pay an initial fee of €18m with €12m then due in potential add-ons.

Junior is already in Barcelona and will be presented to fans at the Supporters' Groups World Congress on Sunday, before attending the club's friendly against Arsenal at Camp Nou.

He will then fly out with the rest of his new teammates to the United States on Monday.

Barca face Napoli in Miami on Wednesday and then again in Michigan on Saturday.

Ernesto Valverde had made it clear that the club were in the market for a left-back this summer.

Jordi Alba has not had a backup since Lucas Digne was sold to Everton last summer.

The club hope that Junior, who is seven years Alba's junior, will not only be the Spain international's understudy but that he will also compete with him for a first-team spot.

Barca had been keen on Bayern Munich's David Alaba, while Augsburg's Philipp Max was another leading contender.

Matteo Darmian, Filipe Luis and Alberto Moreno were all considered at various points in the event they failed to land one of their first choices.

Junior, who was born in the Dominican Republic but moved to Spain when he was six, was part of the Spain U21 squad which won the European Championships this summer.

He joined Betis in 2014 and made his first-team debut in 2018, going onto make 43 appearances for the Sevilla-based club.