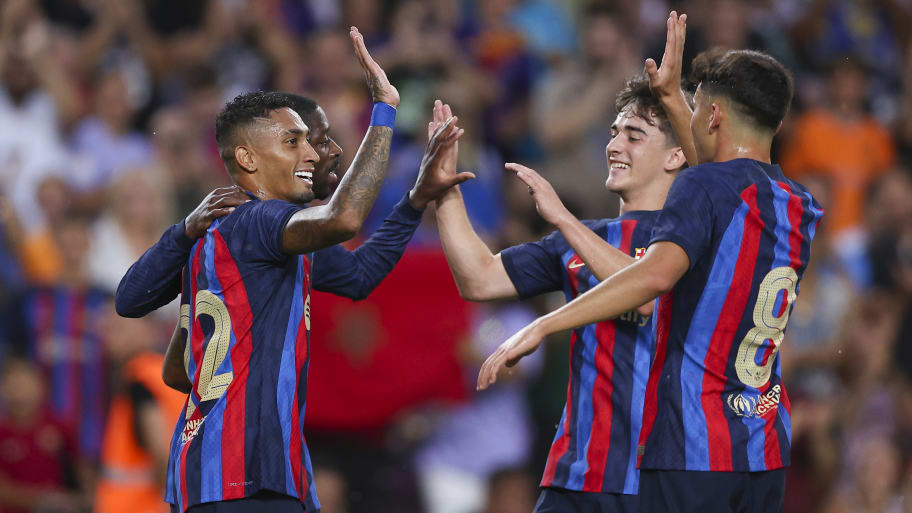 Raphinha has admitted he is finding it ‘complicated’ to settle in at Barcelona and a lack of goals is affecting his confidence.

The Brazilian got his dream move to the Nou Camp from Leeds last summer, and he was expected to be a key man in the Catalan club’s rebuild.

However, he has found life in La Liga tough and he hasn’t contributed a goal since a 3-0 win over Sevilla in early September.

“Adaptation is proving to be complicated: I'm a striker and I like to score. I have scored one official goal throughout the season and that affects you a bit.

“I am adapting, but my teammates are helping me and I work hard so that the adaptation is as fast as possible.”

Despite his own personal struggles this season, Barcelona do appear to be making a little progress under Xavi Hernandez, and Raphinha is confident things will come good for the club sooner rather than later.

Asked how he feels Xavi is doing, the former Leeds man said: “Very well. He is trying to impress his stamp and apply his ideas and make changes.

“We always play to win and we are going to fight for all the titles.”


This article was originally published on 90min as Barcelona signing makes candid admission about 'complicated' start to Camp Nou career.