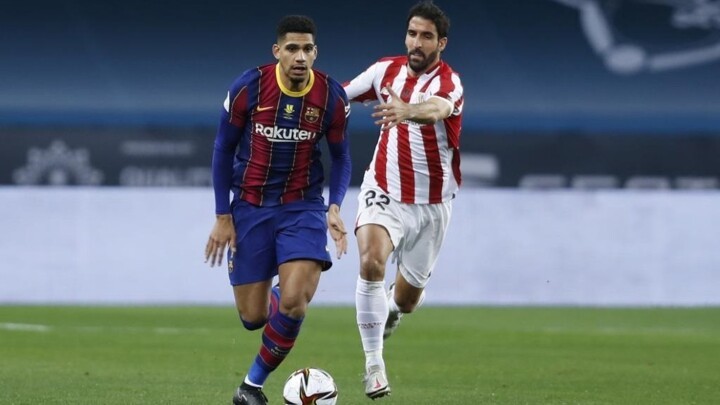 Ronald Koeman has included Ronald Araujo in the Barcelona squad that will take on Sevilla at the Estadio Ramon Sanchez-Pizjuan this weekend.

The Blaugrana take on the Andalusians in LaLiga Santander before welcoming them to the Camp Nou four days later for the second leg of their Copa del Rey semi-final, which Sevilla lead 2-0 from the first leg.

Araujo picked up an injury on February 7 in the win away at Real Betis, which caused him to miss the matches against Alaves, Cadiz and Elche in LaLiga Santander, Sevilla in the Copa and Paris Saint-Germain in the Champions League, but he is now able to return to action.

For this Saturday's match against Sevilla, Barcelona are without Miralem Pjanic after he felt some discomfort in his right ankle. That has opened the door for Ilaix Moriba to be included in the squad for Sevilla.

Barcelona's squad to face Sevilla is as follows: