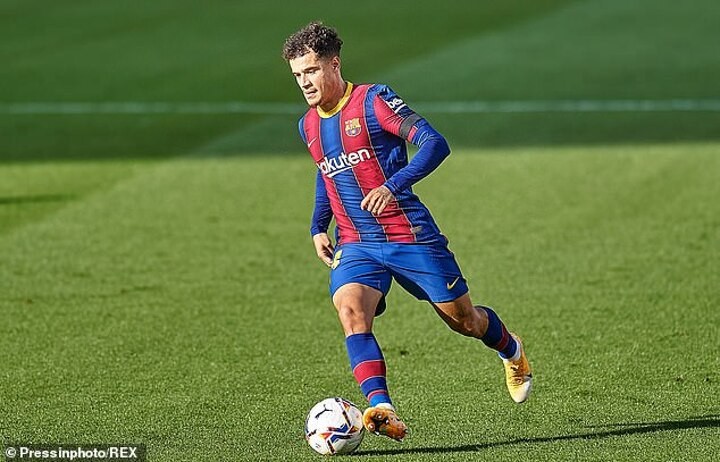 Philippe Coutinho has refused to rule out a return to Liverpool and the Premier League one day.

The Brazilian was a key fixture in the Liverpool squad during spell at the club between 2013 and 2018, where he was part of Brendan Rodgers' side that went agonisingly close to winning the title in 2014, before starring under Jurgen Klopp, too.

He left for the Nou Camp for £145million in January 2018, but struggled for game time, and was even shipped out on loan last season to Bayern Munich - helping the Germans knock out his parent club in the quarter-finals of the Champions League.

With Ronald Koeman now installed as boss at Barcelona, Coutinho has enjoyed something of a renaissance, but has refused to rule out a permanent move away from Spain.

'The Premier League is one of the most exciting leagues in the world,' the forward told World Soccer magazine - as per Sport.es.

'Having the opportunity to play for a team like Liverpool will always be something for which I will be grateful.

'It is impossible to say what might or might not happen in the future. But right now my only goal is to be successful with Barcelona.'