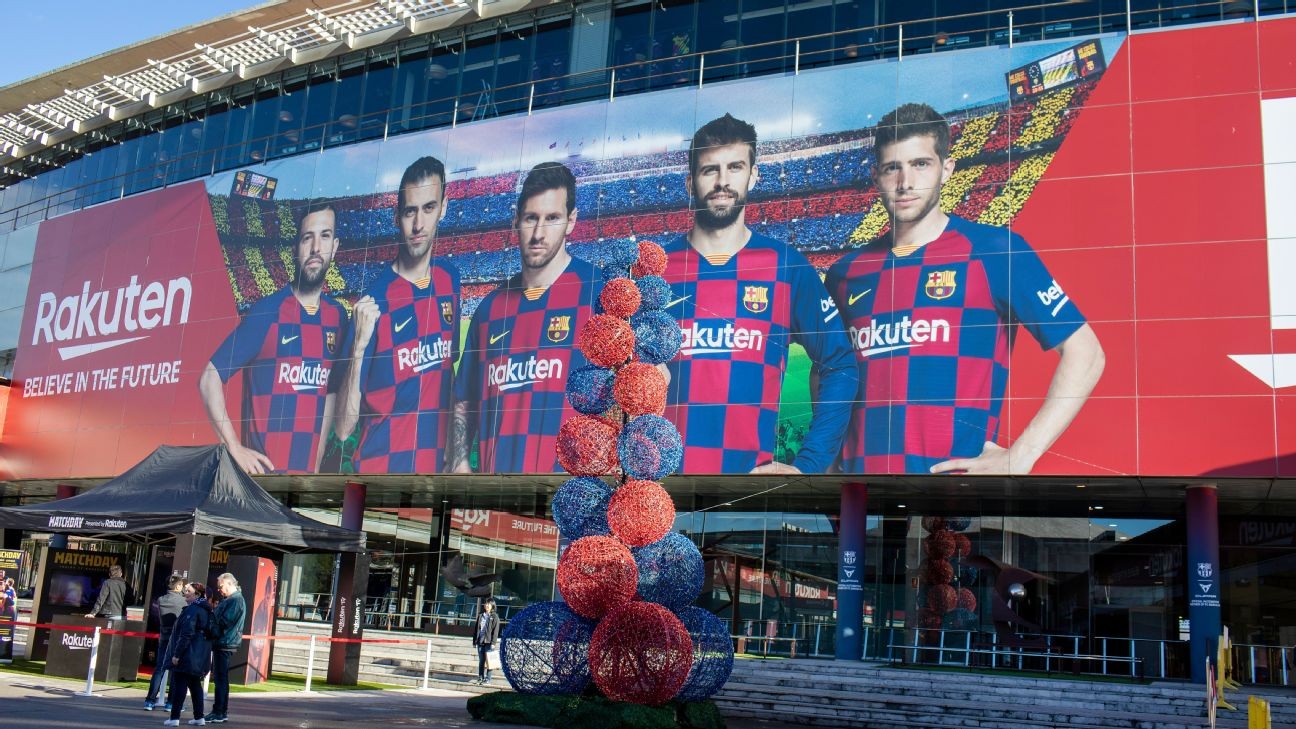 Steve Nicol says it's currently Lionel Messi or bust at Barcelona, after his four-goal haul vs. Eibar.

Sid Lowe explains why Martin Braithwaite's late move to Barca will signal for change in the rules next season.

The FC guys discuss Lionel Messi's recent interview where he addresses many of the ins and outs of Barcelona.

Martin Braithwaite explains how he'll immediately work to integrate himself into Barcelona's squad.

Barcelona players will be given fever checks when they land in Naples on Monday ahead of their Champions League tie against Napoli amid the coronavirus outbreak in northern Italy, sources have told ESPN.

Barca face Napoli in the first leg of the Champions League round of 16 on Tuesday. Naples is in the south of Italy, which has not been effected by the coronavirus, but four Serie A matches in the north of the country were postponed on Saturday due to fears of a further outbreak.

Inter's clash with Sampdoria as well as Atalanta vs. Sassuolo, Hellas Verona vs. Cagliari and Torino vs. Parma -- all scheduled for Sunday -- have been postponed due to the an outbreak of coronavirus cases in the Lombardy area.

Sources have told ESPN that Barca players will have their temperatures taken on arrival and any player that shows signs of illness will be taken directly to hospital.

A Serie B match between Ascoli and Cremonesewas was also called off due to the the coronavirus.

A dozen towns in northern Italy effectively went into lockdown on Saturday after the deaths of two people infected with the coronavirus from China and a growing cluster of cases with no direct links to the origin of the outbreak abroad.

Barcelona will enter on Tuesday's match off the back of a 5-0 victory over Eibar on Saturday with Lionel Messi scoring four goals, including a first-half hat trick.