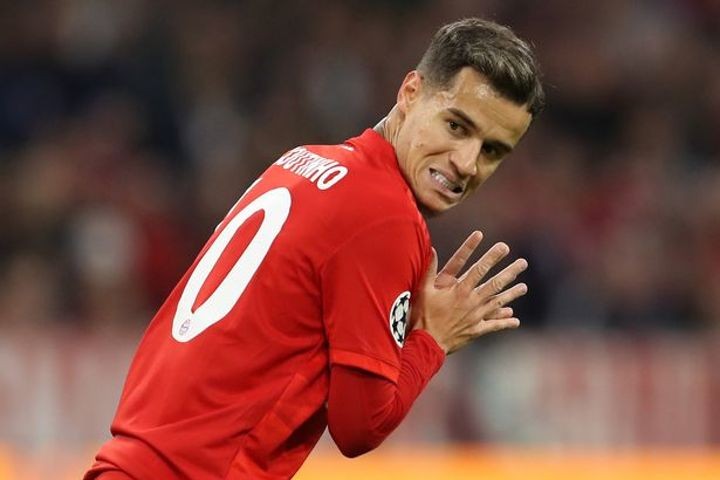 Barcelona remain keen to sell Philippe Coutinho this summer despite manager Quique Setien recently praising him as a “great player”.

Coutinho has impressed while on loan at Bayern Munich this season after struggling to settle at Camp Nou since his £142m move from Liverpool in January 2018.

And it looked as though the Brazilian’s performances in the Bundesliga may have given him a lifeline under Setien at Barcelona - but the club remains intent on selling him, according to Goal.

The Catalan club are reportedly set on offloading the player so they can afford a summer spending spree on Paris Saint-Germain superstar Neymar and Inter Milan forward Lautaro Martinez.

With Bayern Munich turning down the chance to permanently sign Coutinho for £70m in favour of pursuing Manchester City ’s Leroy Sane, Barcelona are hoping to sell the 27-year-old to a Premier League club.

‘Big six’ sides in the English top flight are among the limited number of teams able to afford Coutinho and his agent recently escalated links by claiming he “would love” to return to the division.

Chelsea currently lead the race to sign Coutinho - though London rivals Arsenal are also monitoring the situation - and are set to bring in a number of recruits at the end of the season.

A host of senior players including Olivier Giroud, Willian, Pedro and Michy Batshuayi are expected to leave Stamford Bridge at the end of their contracts, so a player of Coutinho’s quality and experience would benefit Frank Lampard’s side.

The former Liverpool star made 152 Premier League appearances with the Reds, scoring 41 goals and providing 37 assists during his five-year spell at Anfield after joining from Inter Milan.

He has also netted 17 times in 61 appearances for Brazil and won the Copa America last summer, adding to the two La Liga titles, Copa del Rey and Coppa Italia in his trophy cabinet.