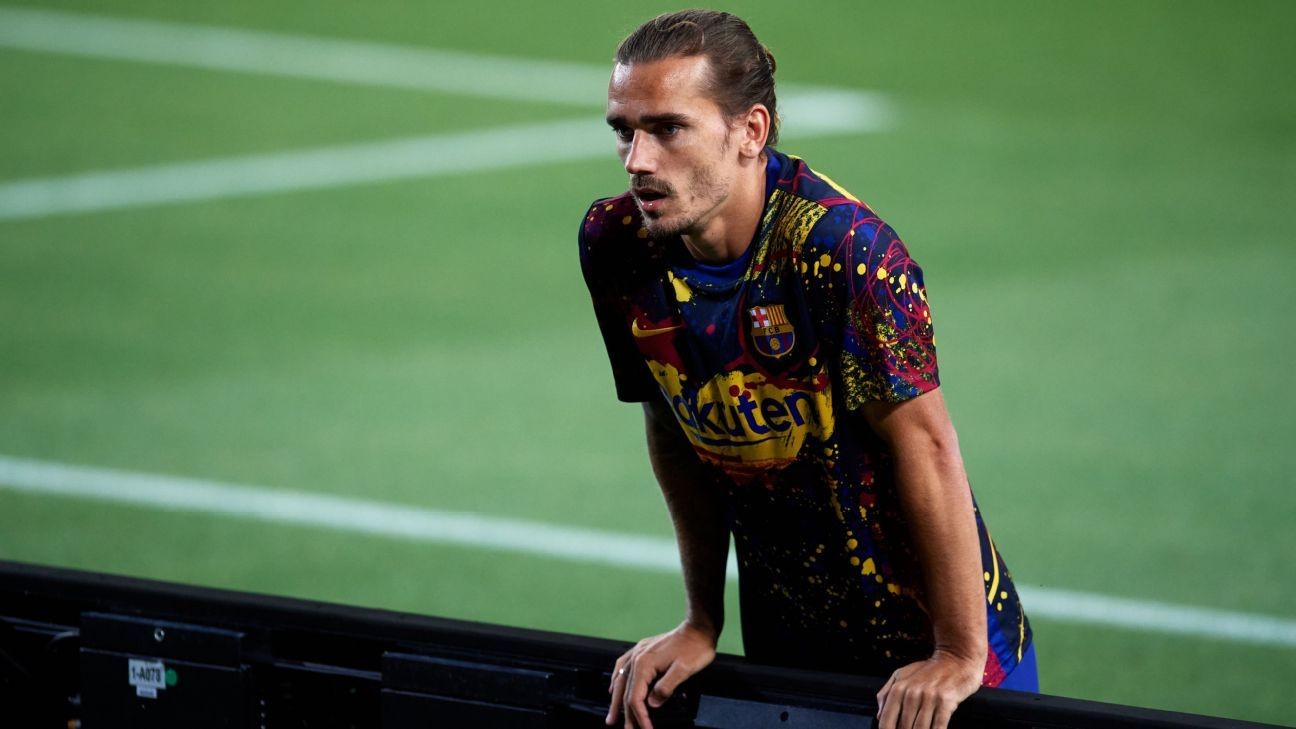 Griezmann, 29, was brought off at half time after suffering the knock and the club released a statement on Sunday to confirm the forward will be out of action.

Barca did not confirm how long Griezmann will be unavailable but he is expected to miss the matches against Alaves and Osasuna.

The France international has endured a tough debut campaign since his €120 million transfer from Atletico Madrid.

Griezmann has scored 15 goals in all competitions but was left out of the starting lineup for a number of weeks under manager Quique Setien.

Griezmann's brother and father criticised Setien on social media after the Barca boss refused to apologise for bringing Griezmann on in stoppage time against Atletico.

Sources have told ESPN that the club have reassured Griezmann that he is part of their future plans after meeting with his camp this week.

A source with knowledge of the meeting said it went "perfectly," with both the club and the player's camp expressing a desire for the relationship to continue.

Barca are one point behind league leaders Real Madrid who have a game in hand on their fierce rivals.

Barca face the prospect of playing German champions Bayern Munich in the Champions League quarterfinals if both sides make it through their round-of-16 ties.