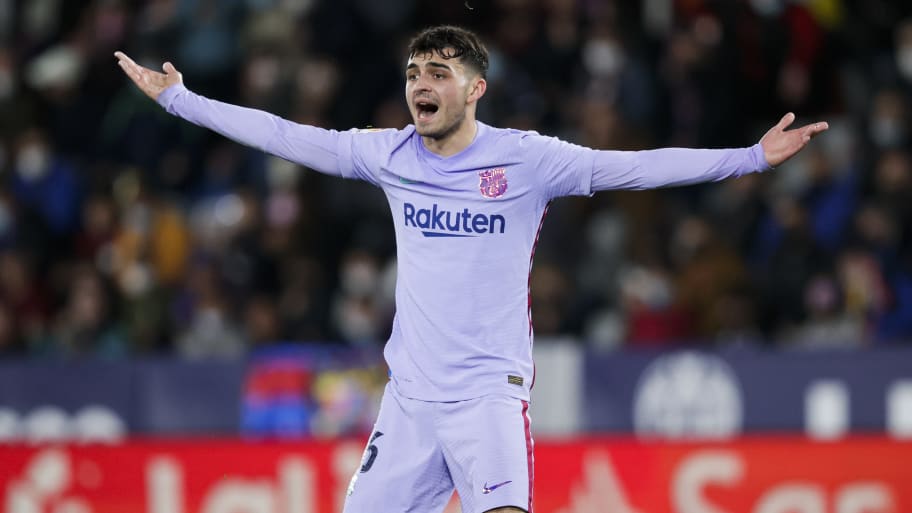 Barcelona will take their time in reintroducing Pedri into the first team after another injury setback has meant that he is unlikely to play again this season.

The 19-year-old has emerged as a key player for the Blaurgana since his 2020 move from Las Palmas, but his time at Camp Nou has been blighted by fitness problems.

Pedri's latest injury came in Barcelona's Europa League quarter-final defeat to Eintracht Frankfurt, coming off with a hamstring issue and missing the following four games since.

Mundo Deportivo report that the midfielder will not play at club level again this season and Barça do not want to rush him back. They recognise that Pedri is in need of rest after playing 52 times during his debut season in Catalonia before featuring for Spain at both Euro 2020 and the Olympics.

Barcelona's medical staff and fitness coaches are working on a plan to ensure that Pedri can leave his injury woes in the past once he makes his return from this current ailment.

While Barça don't want Pedri to return to the pitch until pre-season, there's still a chance that he could feature for Spain in June's Nations League fixtures.


This article was originally published on 90min as Barcelona to be patient with Pedri after latest injury.