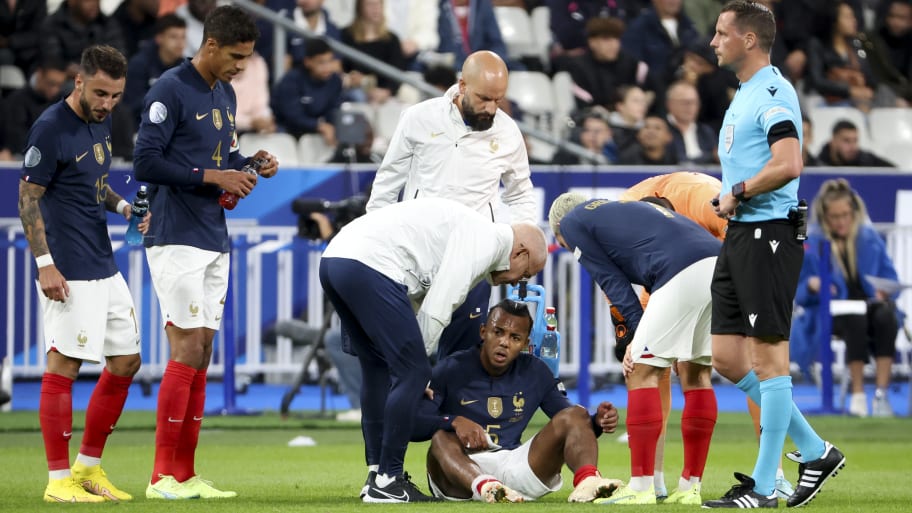 All three enjoyed successful nights in the sense that their nations won, with the Netherlands and France beating Poland and Austria 2-0 respectively. From a personal perspective though, things didn't go as well.

In Warsaw, Memphis went down clutching his hamstring after 49 minutes and had to be immediately subbed off for Vincent Janssen.

In Paris meanwhile, Kounde was forced off after just 23 minutes, while Dembele came on for the last 10 minutes and felt muscle discomfort before the end of the match.

Dembele's injury is only thought to be minor, with him in contention to play for France on Sunday, but things don't look so good for the other two.

"It's a shame and doesn't bode well. I don't think Memphis will play against Belgium on Sunday," said Netherlands manager Louis van Gaal on Thursday night.

That being said, while Memphis has been ruled out of the match against Belgium, there's a chance that the problem won't keep him out for too much longer than that. Kounde, however, could be set for a longer spell on the sidelines.

According to journalist Marta Ramon of RAC, there are fears the summer signing has suffered a torn hamstring and will therefore spend a long period on the sidelines.

Both Memphis and Kounde are leaving their countries to return to Barcelona and undergo medical tests in the coming days to confirm the extent of their injuries.

This article was originally published on 90min as Barcelona trio suffer injuries on international duty.