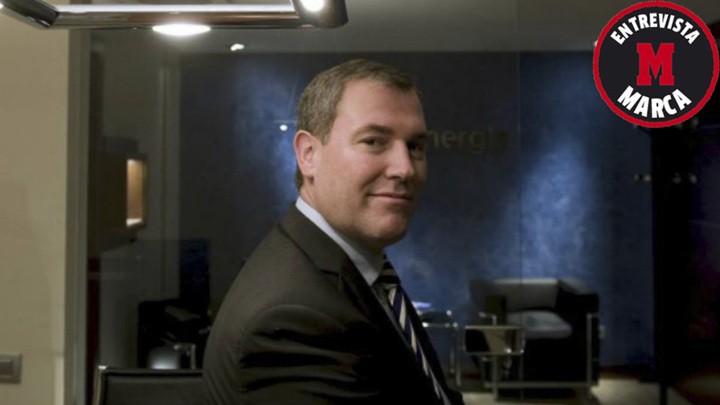 Emili Rousaud has hit out on Josep Maria Bartomeu after being asked to resign as a Barcelona vice-president.

The current Barcelona president called Rousaud to request his resignation from the club's board of directors, which was a major shock as many expected Rousaud to be the continuity candidate at the next elections.

In an exclusive interview for MARCA, Rousaud has expressed his frustration after Bartomeu's moves.

How are you after these frantic hours?

"I am a little sad, but the important thing is that I am in good health and the family too, so I am not going to complain. I'm fine."

What did Josep Maria Bartomeu communicate to you yesterday during the call?

"I didn't expect the call. He occasionally calls me, but I did not expect a call with this content, logically. He told me that he wanted to remodel the board and that he wanted me to resign. I told him that he surprised me and I asked him the reasons. He gave me two. He told me that I have leaked or that I have spoken to journalists criticising the players, which is totally false. And the second, more surprising, is that he told me that I have criticised executives or employees of the club. I told him that there are always better or worse people in any club, but our executives' level is very good. I told him that I was not aware and he did not give me names. He told me to resign or demote my position, since he cannot kick me out. He caught me by surprise. I told him that I was particularly sorry that he called me to say something like that after five years. And, above all, at the moment we are in confinement. I don't feel it's neither the [appropriate] manner nor the moment. I told him to let me reflect on it. To say the truth, nothing would have happened today if last night, through the club or I don't know how, the news leaked and the phone was on fire. For me that was a private conversation with the president. I didn't expect that to leak."

Do you feel betrayed by Bartomeu or someone from the board?

"It is a question that seems complex to me. I feel betrayed because the reasons given by the president are not the real ones. There is not much weight and there is no proof of what he claims. I know that he did not like anything about that social networks issue, where bills were cut up to overcome and evade the club's internal controls. He was belligerent and demanded an external audit. I know the president did not like that, but I have been very loyal to the club. Frankly, to speak honestly, I do feel betrayed by the president."

Now what will you do? Will you continue being vocal?

"At this moment I am not resigning. To consider resignation, I would have to end this period of confinement and do it face to face. I have nothing to hide, my behaviour is not reprehensible. The president, obviously, has all the legitimacy in the world to choose other types of directors. He has the right, but we are elected officials. We are a collegiate body where there must be debate and discrepancy. I am a Barcelona fan, an honest person and I did not like the manner. It is foreseeable that if the president does not want to count on me, in the end I will resign. But I don't want to resign assuming I've done something wrong because it's not true."

Is being the continuity candidate a point for or against?

"I'm not talking about this campaign. We all live a very complex situation in the economic environment. This is going to involve added difficulty. We are heading to an environment where income will have decreased. My vision is that if next year, in the sporting field, the club achieves great successes, which hopefully will be the case, a continuity board would make sense. But be careful, because it will be difficult for next year to have great financial successes because the environment will be difficult. I do not see if it makes any sense having a continuity board that does not have sporting nor economic successes. If we've not earned money, not won titles ... in that environment it doesn't make sense. What I don't like is that the president has asked for the resignation of [Enrique] Tombas, Silvio Elias and Josep Pont - all with strong business director profiles. In a moment of economic emergency, taking out these profiles is very wrong from the president."

You spoke to some media about the delicate financial situation of the club. Why are Barcelona in this situation?

"It is not a presidential issue, it's an economic model issue. It is a model, also [applied] by previous boards, which has been based on the fact that all the money we get is dedicated to spending. It is true that the most important spending item is the salary of the first team in football, but Barcelona are a multi-sport club and also have a relevant structure of workers. We are a big club. What's the problem? That if you do not have a reserve then the day the income falters you cannot finance the expense. As we have financed the purchase of several players on credit and have mortgaged part of Espai Barca, our indebtedness level is limited. It is very important to save our club model, which is very similar to that of Real Madrid, Athletic Club or Osasuna. The club belongs to the members. In Barcelona's case, via membership fee and subscription, they contribute eight or nine percent of the annual budget. If we lack income from tickets, sponsors, TV, museum ... if all that is reduced, we will lack cash. Our debt capacity is very limited. That problem is not to be attributed to the current board. Obviously, we did not expect all this now."

Is it possible to close the year with losses of around 100 million euros?

"There is no realistic number because it depends on many factors that we do not control. It's very difficult to venture what the economic impact is."

Why all this now?

"That's what I dislike the most. It's not the moment. It should be done face to face, not hidden. If you want to tell me something, do it face to face. The club is currently stopped. There is no activity. I am afraid there is a reason that justifies it, but it's one that I do not know. It can be closely linked to the audit reports regarding the 'Barcagate' issue. It's an opinion, I don't know."

You claim that you knew that I3 Ventures payments were split. Has the board of directors been misled about this issue?

"I learned that the invoices had been cut up by the press. Then I verified that this was the case. I assure you that the board did not know anything."

Taking into account that the board of directors will now be made up of related parties, do you think that the audit will be transparent?

"One of the reasons I am not willing to resign is because I want to know how this whole issue ends. I don't know if the scope of the audit has changed. The feeling I have is that maybe all this is motivating Bartomeu's move."

"If there were, which would be clearly in autumn or the end of the year, this board would have six months until the next elections. If there were a referendum, the entire new board will have to implement it, which if it is a continuity board is fine. But if not ... I don't know if it would be better to wait. If it is done it could be done in autumn, but the start-up and those who will manage it will be those who have to be involved."

Whatever happens, will we see Emilio Rousaud as a candidate for the Barcelona presidency in 2021?

"Well, look, I'll reflect on it. I have always been excited. When I met Bartomeu in 2015, my hope was to mount a candidacy to join his. It is something that makes me excited. The truth is that I am not as well known as other candidates such as Joan Laporta, Agustin Benedito or Victor Font, who is moving in Barcelona's circles. Maybe. I do not rule it out."