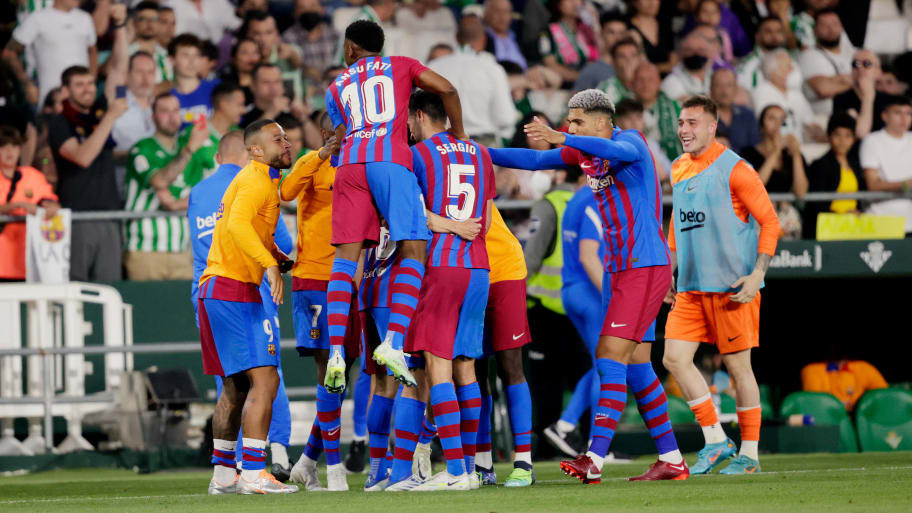 Barcelona have put a recent run of poor form behind them and will look to improve on that when they host Celta Vigo in La Liga on Tuesday night.

The Catalan giants have emerged from defeats to Eintracht Frankfurt and Cadiz to win three of their last four games, though a home loss to Rayo Vallecano has blemished that record somewhat.

They will face a Celta side firmly entrenched in mid-table obscurity, though Eduardo Coudet's side could still come ninth if they finish the season positively.

How to watch Barcelona vs Celta Vigo on TV/live stream

Barça have a number of injury issues to contend with. Pedri, Sergi Roberto and Gerard Pique are all expected to be sidelined until June, while there are further fitness concerns over Sergino Dest, Moussa Wague and Nico.

Midfield stalwart Sergio Busquets is suspended, but boss Xavi will hope to have goalkeeper Marc-Ander ter Stegen available again after the German missed out last weekend with a stomach bug.

Celta have few injuries to deal with. Santi Mina has been sentenced to four years in prison for sexual abuse and has been removed from the club's squad until the appeal process is concluded.

Right back and captain Hugo Mallo is still working his way back from a patella fracture, but he's their only injury absentee.

Barça have a four-point cushion over Sevilla as they look to secure second place in La Liga. With only three games to go, it would take one hell of a choke for them to slip down the table.

Celta remain a dangerous proposition and held Barça to an entertaining 3-3 draw when the sides last met in November - a game in which the visitors threw away a three-goal lead - and a similarly enthralling contest could be on the cards in midweek.

However, this time they should be able to hold on for all three points at Camp Nou.