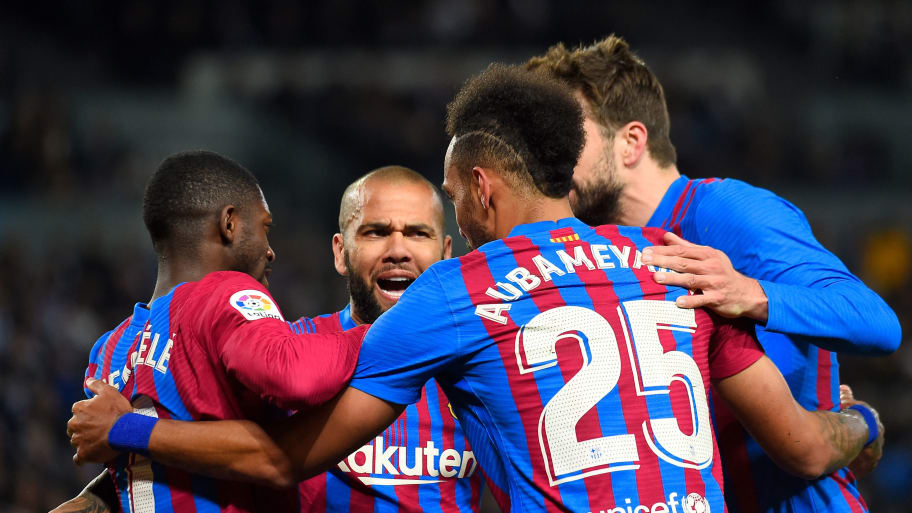 Reeling from three straight home defeats, Barcelona return to Camp Nou on Sunday as they entertain Mallorca in La Liga.

Barça's bid to finish as best of the rest in Spain has been dented in recent weeks, although Sevilla's equally as inconsistent form means Xavi's side are still in the driving seat.

With Atletico Madrid also breathing down their necks, Barcelona will be keen to avoid a tailspin between now and the end of the campaign.

How to watch Barcelona vs Mallorca on TV/live stream

Barcelona revealed this week that Sergino Dest will be missing for the foreseeable future after sustaining a hamstring injury in the defeat to Rayo Vallecano last time out.

Both Gerard Pique and Dani Alves were only fit enough for the bench last weekend, but both should return to the starting lineup for the visit of Mallorca. Oscar Mingueza, however, will not be involved after testing positive for Covid-19.

Dominik Greif is expected to return for Mallorca after missing last weekend's 2-1 win over Alaves with Covid-19.

Jaume Costa remains a few weeks away from returning after sustaining a muscle problem, while Aleksandar Sedlar has an outside chance of being available for the trip to Camp Nou.

Xavi's side must discover a ruthless touch in front of goal if they are to end their recent Camp Nou hoodoo, with their inability to convert territory into the currency of goals undermining their push for second place in recent weeks.

Pedri's absence through injury has had a negative effect, but it's been in both boxes where Barça have lacked conviction.

Barça can take nothing for granted heading into this weekend despite Mallorca's lowly position in the table, but expect them to edge it on the evening.