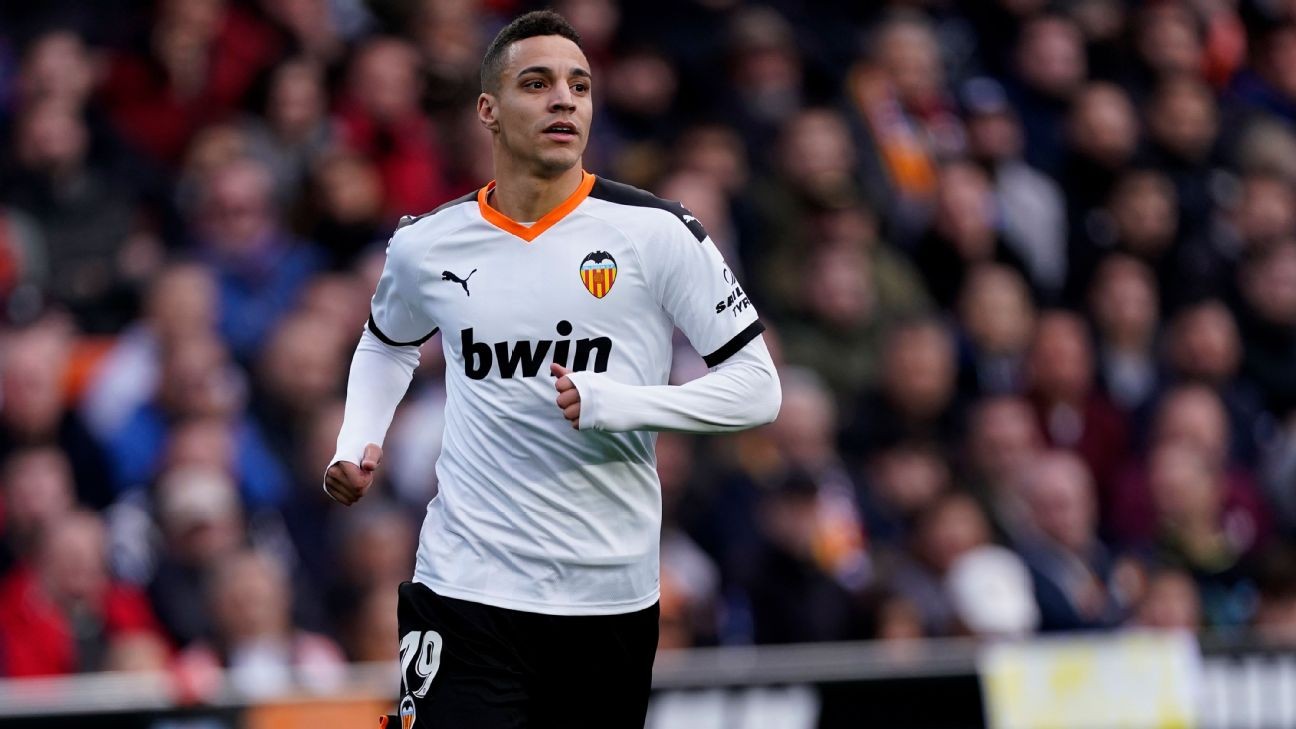 Barcelona and Valencia are in advanced talks over a deal for striker Rodrigo to move to Camp Nou before the transfer window closes this week in a move which could also include the signing of Manchester United target Bruno Fernandes, sources have told ESPN.

Negotiations with the Mestalla side started prior to Valencia's win over Barca at the weekend but have accelerated over the last two days. However, there are still some discrepancies between the two clubs over how the transfer will be structured.

Barca are pushing for an initial loan with an obligatory purchase clause included for the summer, sources said, while Valencia would prefer to sell now, not at the end of the season.

The clubs are also discussing a more complicated scenario, which could see Sporting Lisbon's Fernandes come into the picture, sources added. Fernandes, who shares an agent with Rodrigo in Jorge Mendes and is a January target for United, would sign for Barca before joining Valencia on loan immediately, with Rodrigo moving in the other direction.

Rodrigo, who has been targeted by both Barca and Atletico Madrid in the past, did not train with Valencia on Monday as talks continued. Instead, he was in Barcelona for a check-up on his knee with Dr. Ramon Cugat following his recent return from injury.

Spanish champions Barca have been scouring the market for a striker since Luis Suarez was ruled out for four months after the Spanish Supercopa. ESPN revealed last week that Rodrigo, a full international with Spain, and Arsenal's Pierre-Emerick Aubameyang were their top two targets.

Rodrigo, 28, has emerged as the front runner for the role since then but negotiations with Valencia have not been straightforward.

Barca didn't plan to spend any money this month due to the club's financial situation. They need to bring in over €100 million before the end of June to balance the books, with the idea of then moving for either Lautaro Martinez or Neymar in the summer. Sources have told ESPN that the possible arrival of Rodrigo this month would not alter those plans as they continue to plan for a future without Suarez, who turned 33 this week.

Rodrigo, who has scored four times 23 appearances this season, may not necessarily be used through the middle by Barca if he does sign, with another option is to play him wide and use Antoine Griezmann centrally.

"Rodrigo is not necessarily an out-and-out goal scorer but he is a player that would freshen up the attack," a source at Barcelona told ESPN.

He would add to Barca's attacking options which include Griezmann, Lionel Messi, Ansu Fati and Ousmane Dembele, who has returned to training this week following a hamstring problem, as the club continue compete on three fronts this season.

Information from ESPN correspondent Rob Dawson was used in this report