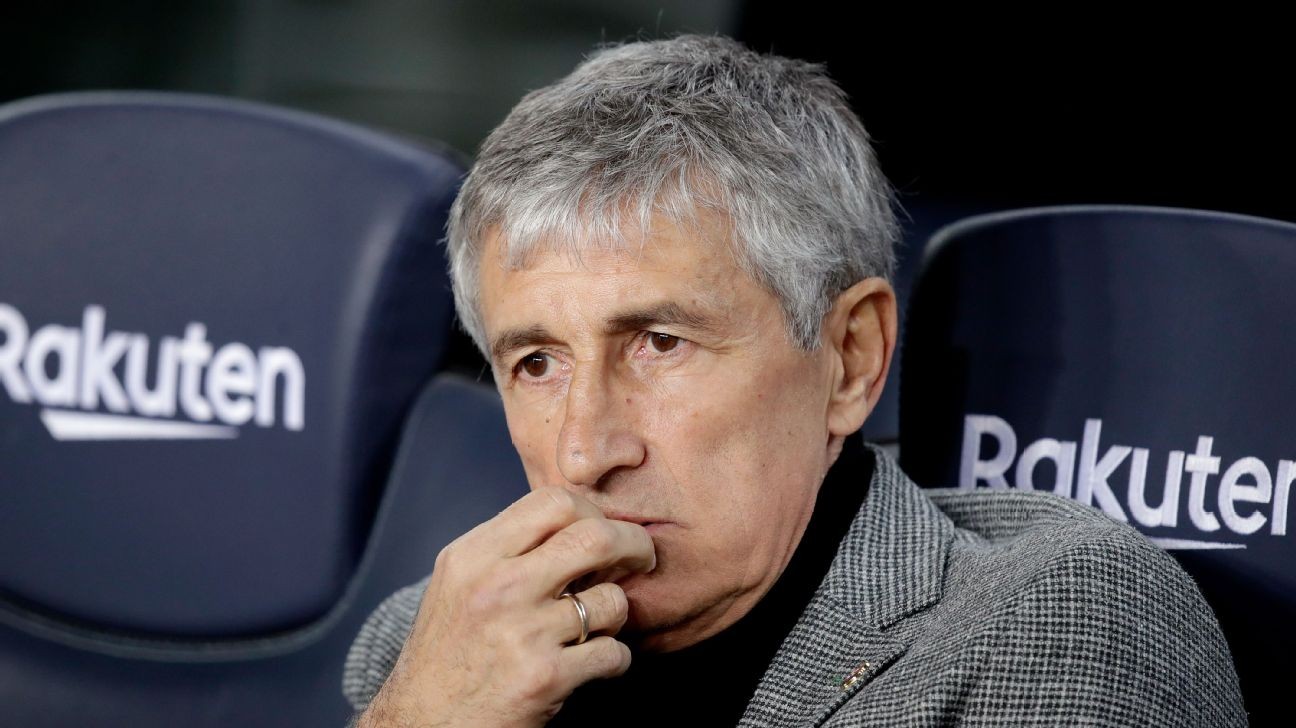 Gab Marcotti shares the latest on a potential reconciliation between Lionel Messi and Eric Abidal at Barca.

Barcelona president Josep Maria Bartomeu is convinced new coach Quique Setien will bring success to the club after a testing week on and off the pitch.

The club was pushed towards an institutional crisis on Tuesday when star player Lionel Messi called out sporting director Eric Abidal on social media.

Abidal had suggested player power played a part in former coach Ernesto Valverde's sacking, saying: "Many players weren't happy [with him], but they weren't working hard, either."

Messi objected to that claim and, in response, told former teammate Abidal to take responsibility for his own actions and urged him to name the players he was criticising.

Clear-the-air talks with Bartomeu followed, but Thursday's shock Copa del Rey quarterfinal exit at the hands of Athletic Bilbao threatened the harmony at the club once again.

However, Bartomeu was impressed with what he saw at San Mames and, despite the defeat, he sees reason to believe that Barca can go on to end the season well in La Liga and the Champions League.

"We had clear chances and played well," Bartomeu told Barca TV. "We created a lot and I want to congratulate the players for how they played. They showed ambition and motivation.

"Athletic had one shot on goal at the end and won the game. We deserved to go through, but it wasn't possible. I reiterate that I liked the ambition shown by the team on the pitch, because it's a tough place to come and the home fans are on top of you.

"Now we have La Liga and the Champions League to focus on. Playing like that, I am sure success will follow."

Jordi Alba said Abidal should have known better than to criticise the players, but now wants everyone at the club to move on.

"This club gets enough s--- thrown at it from the outside, so we shouldn't be throwing s--- at ourselves," he told reporters after the Athletic game.

Defender Gerard Pique, meanwhile, said the players and coaching staff remain as united as ever despite the furore generated around the club this week.

"It's not the moment to dig up dirt," he said. "There's complete unity in the dressing room. The elimination is a blow, but we've spoken among ourselves about the fact we played well, despite all the noise generated this week.

"Everyone knows what they have done well and what they have not and now we must keep working. We need to stop biting our nose to spite our face, because that won't help us.

"We built this club on victories and we must do that again. We are working towards doing that, we are playing better, we're adapting to the ideas of the coach and the dressing room is as united as ever, I assure you."

Barca return to league action on Sunday when they travel to Real Betis three points behind leaders Real Madrid, who were also knocked out of the cup this week.