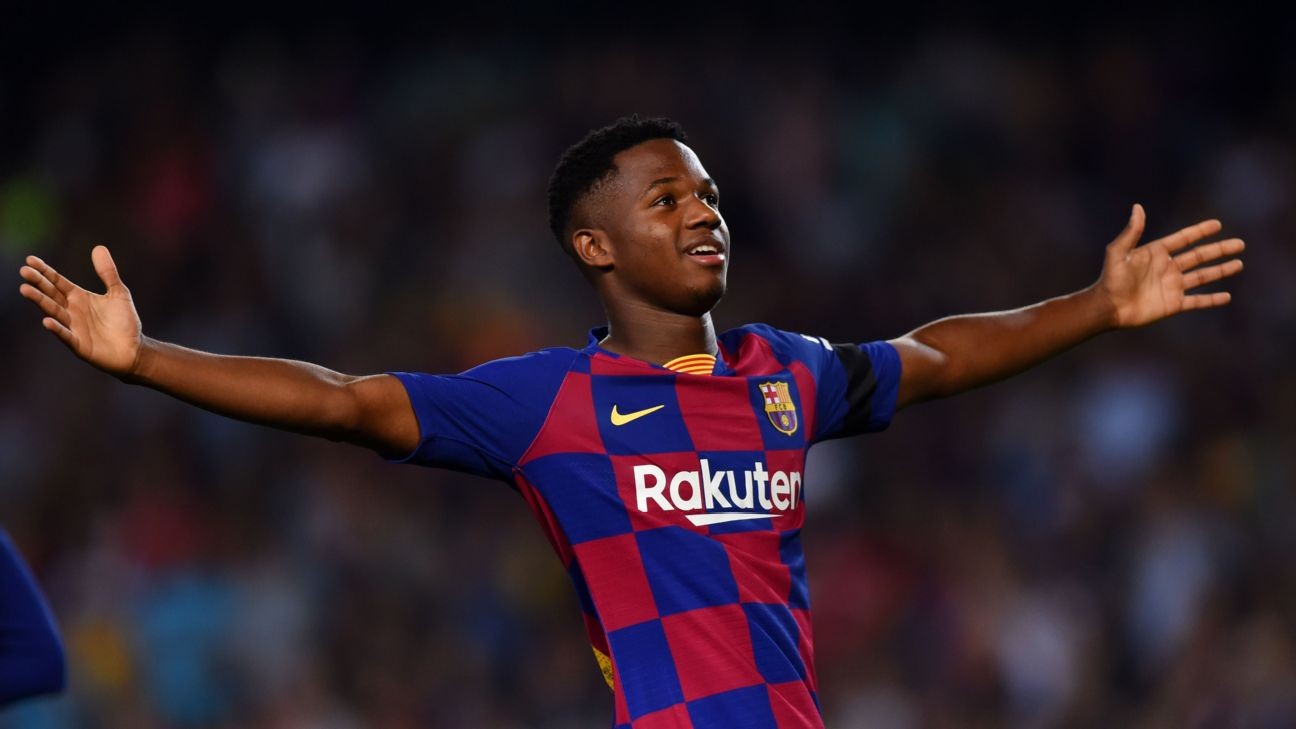 Alejandro Moreno examines the players Barcelona may have to sell to get their books in order.

Barcelona teenager Ansu Fati has been added to Spain's under-21 squad for Tuesday's game against Montenegro after club teammate Carles Perez dropped out injured.

Ansu, 16, was not called up originally because he did not have the necessary paperwork from FIFA.

The forward, born in Guinea-Bissau, has lived in Spain since he was six but only obtained a Spanish passport last month.

Since the squad was initially announced, though, he has received clearance from world football's governing body to represent La Roja.

Spain coach Robert Moreno also considered summoning him for the senior team, while the Royal Spanish Football Federation's (RFEF) initial plan had been for him to play for the U17s at the World Cup later in October.

However, Barca were against him taking part in that tournament, with sources telling ESPN FC the Catalan club didn't want to risk losing him for up to five weeks and as many as seven games.

They also feel he has already outgrown that age group.

Instead, Ansu will now join up with Luis de la Fuente's U21s for next week's European Championship qualifier in Montenegro.

Perez has returned to Barcelona for treatment on a "muscle problem," the RFEF said.

Ansu became the second youngest player to ever represent Barcelona in La Liga earlier this season and the youngest since the 1940s when he made his debut against Real Betis in August.

He went on to become the youngest top flight scorer in the club's history when he netted against Osasuna a week later and he was also on target against Valencia in September.

On Thursday, he attended the premiere of the new Cirque de Soleil show based on teammate Lionel Messi. Barca players Luis Suarez and Abel Ruiz, along with Messi, were also present at an even which drew celebrities from all different industries.