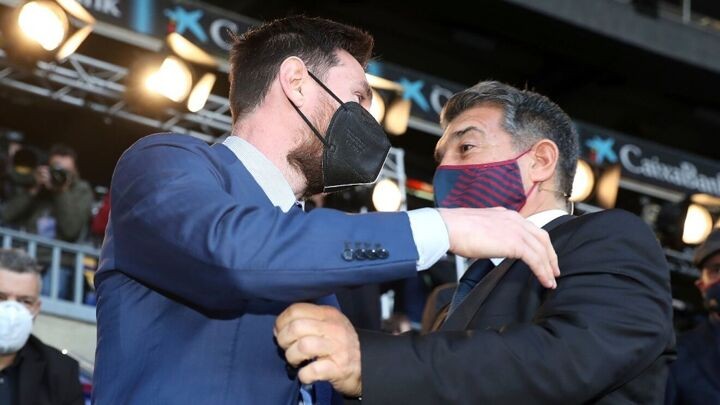 Lionel Messi is due to return to Barcelona training in a week, as the Copa America winner is expected to return on August 2 to start his pre-season.

Almost two weeks have passed since an agreement was reached to extend Messi's contract, but nothing has been made official yet. As far as the club are concerned, though, Messi's contract has been resolved.

For now, Messi is still on holiday with his family. In the meantime, his representatives are in contact with the club and everything is on track for him to sign his new deal once he returns to Barcelona, agreeing on a five-year extension.

The club don't have any concerns about the delayed signing and everyone is certain that he'll line up in a Blaugrana shirt next season. Joan Laporta has said that Messi always wanted to continue and that there are no nerves that things could go wrong from here.

The Catalans do, however, need to readjust their salary expenses and they need to move players on in order to register Messi for 2021/22. They do expect Miralem Pjanic to return to Italy soon and things still need to be done around Antoine Griezmann as well.

Messi was always clear about wanting a competitive team built at the Camp Nou, but the club's crippling financial problems are making that difficult. They have, to their credit, signed Eric Garcia, Sergio Aguero, Memphis Depay and Emerson.