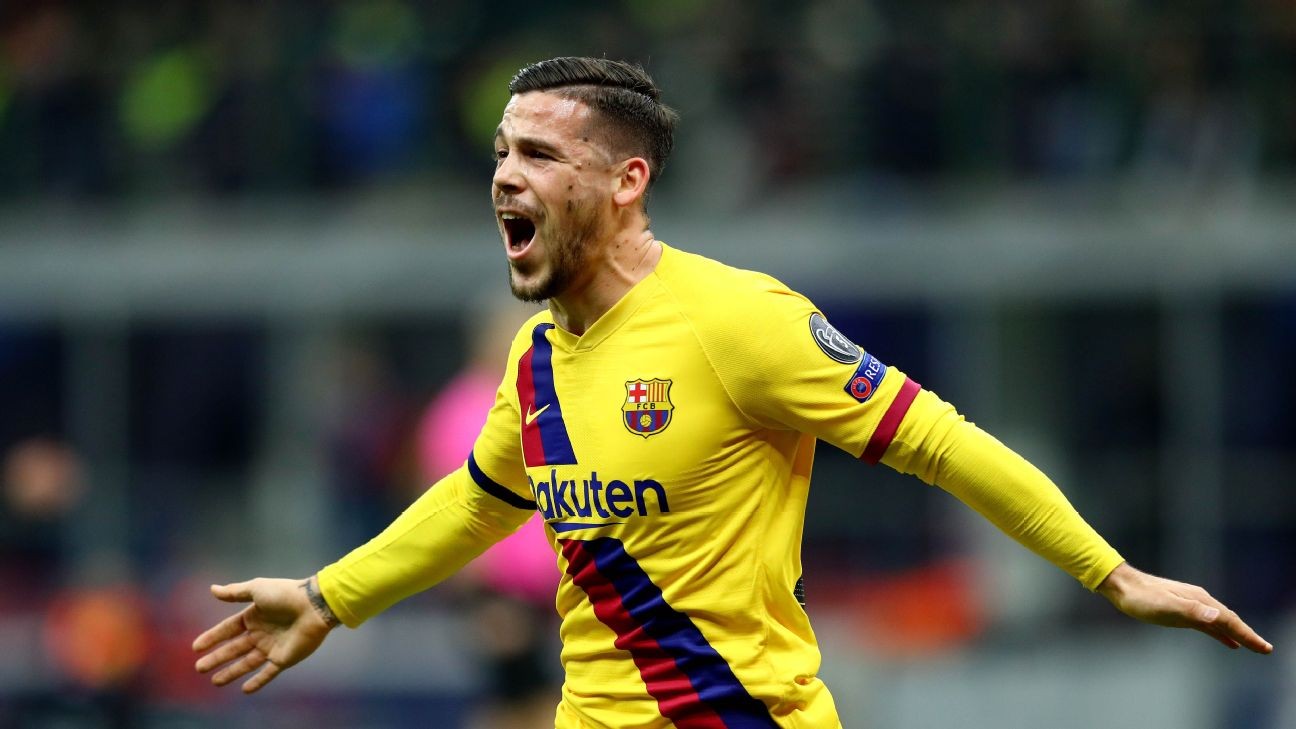 Barcelona forward Carles Perez has joined Serie A side Roma in a deal worth an initial €11 million, the two clubs confirmed on Thursday.

A further €4.5m is potentially due in performance-related add-ons. Perez has signed a contract with Roma until 2024.

Barca had hoped to include a buy-back option in the deal but, in the end, have had to settle for a first option should Roma agree to sell in the future. Perez, 21, had not anticipated leaving the Spanish champions this month after breaking into the first team earlier this season.

However, last Friday, ahead of the weekend's defeat to Valencia, he was unexpectedly told that he did not feature in new coach Quique Setien's plans.

Sources have told ESPN that the news came as a shock to Perez, who had hoped to remain at Barcelona, who he has played for since 2012.

Perez, who came through the La Masia academy, made his first-team debut last season against Eibar and injuries elsewhere saw him become a regular under Ernesto Valverde at the start of the campaign.

He made 10 appearances under Valverde in all competitions this season, scoring twice, including one away against Inter Milan in the Champions League.

Setien, who replaced Valverde earlier this month, used him off the bench in his first game in charge against Granada and started him against Ibiza in the Copa del Rey.

Perez was removed after 58 minutes of that game, though, and two days later was suddenly told that he had no future at the club as talks began with Roma.

His departure leaves Barcelona short in attack after negotiations over a move for Valencia striker Rodrigo Moreno stalled.

If they're unable to bring in another forward this month, they will be left with just Lionel Messi, Antoine Griezmann, Ousmane Dembele and Ansu Fati to cover three positions until the summer.