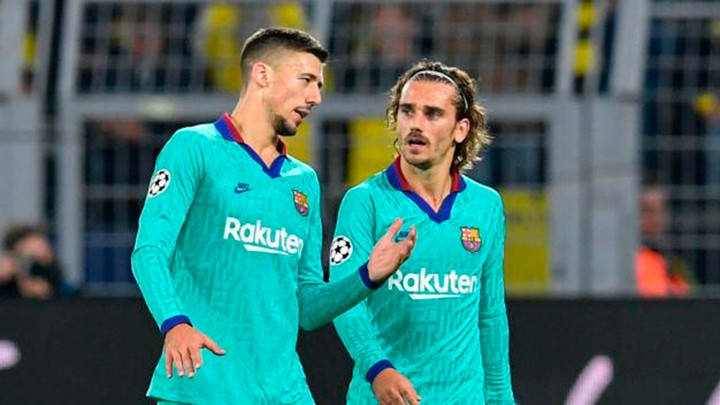 In an institutional crisis in the summer, Lionel Messi demanded to leave via burofax after two decades with the club, but Barcelona's crisis really began when Neymar left in 2017. Josep Maria Bartomeu lost authority and then the trophy cabinet was left empty for the first time since 2008.

After turning down the move in 2018, Barcelona paid Atletico Madrid 120 million euros to sign Antoine Griezmann in 2019. However, the Frenchman hasn't met expectations with 15 goals and four assists in 49 games, yet to really connect with Messi and having disappointed in big games.

Ousmane Dembele was one of the other major signings brought in to replace Neymar, costing the club 160 million euros from Borussia Dortmund. The winger suffered an injury against Getafe early on in his time at the club and spent four months on the touchline and to this day is yet to gain a regular run of games without injury.

The result is that Dembele is still yet to show the kind of quality or talent that made Barcelona pay so much to sign him in the first place.

Another struggling Frenchman is Samuel Umtiti, who Ronald Koeman informed this summer that he would not be counting on him this season, despite the club failing to find a destination for him in the transfer window.

Knee injuries continue to afflict him and he has lost his starting spot to Clement Lenglet as Gerard Pique's partner.

While Lenglet hasn't performed below expectations, he was present in the humiliations of the 4-0 defeat to Liverpool at Anfield and the 8-2 thrashing by Bayern Munich in Lisbon.

Of course, these players are not the only ones to blame from Barcelona's downfall in recent years, but the Frenchmen are some of those who have failed to perform as Barcelona fans demand as the club struggles.