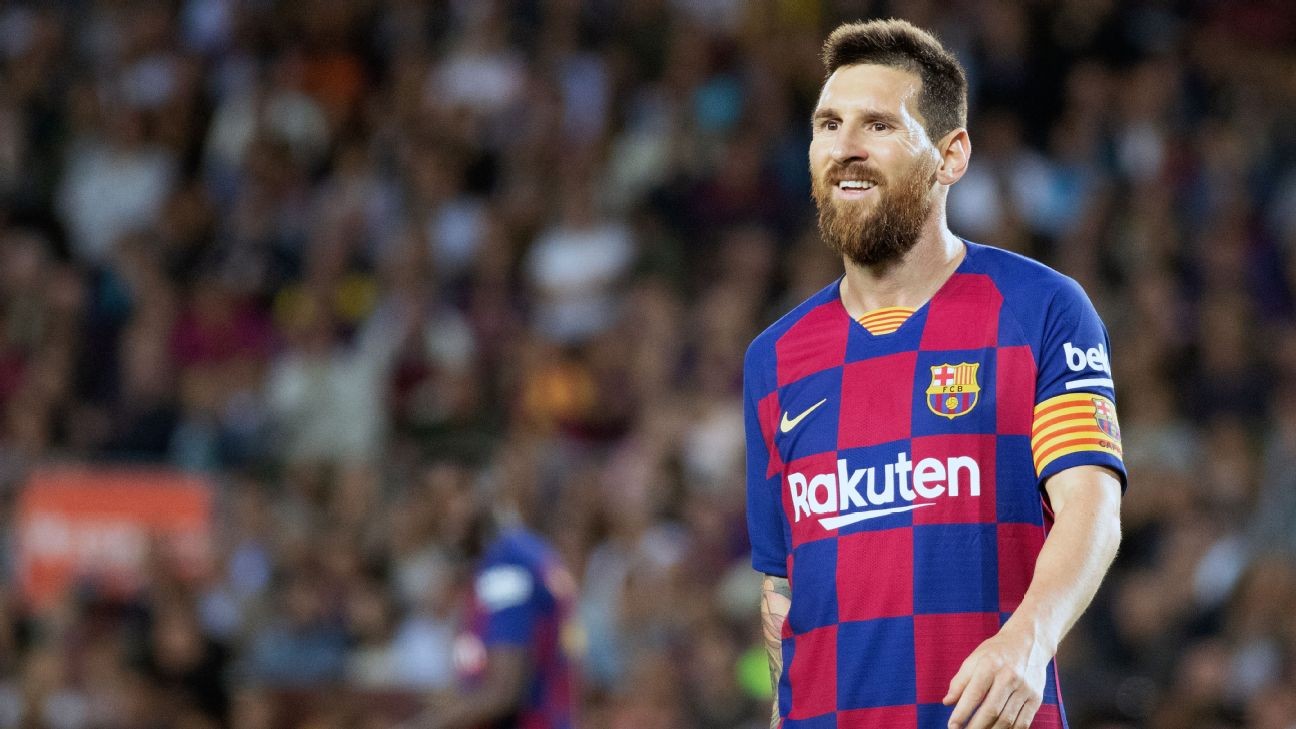 Steve Nicol weighs in on the rumours Barcelona may try to swap Antoine Griezmann for PSG's Neymar.

Craig Burley feels the UCL favourites all have one thing in common -- their lack of defensive structure.

Barcelona forward Lionel Messi has said he misses his rivalry with Cristiano Ronaldo and would have liked his fellow five-time Ballon d'Or winner to have continued in La Liga.

Ronaldo left Real Madrid as the club's all-time top scorer to join Juventus in a €100 million transfer in the summer of 2018. Since his departure to Turin, the two superstars have not faced each other.

"Yes, I would have liked for Cristiano to continue in the Spanish league, at Madrid," Messi said in an interview with Catalan radio RAC 1. "I think it gave an extra impetus to our rivalry, to the Clasico and to La Liga overall.

"I remember I said earlier this year that Madrid would notice Cristiano's departure, just as any other team would, but even so, they have enough players to be at the top and fighting for everything. It's Madrid and they have a lot of history."

Messi and Ronaldo have always contended for major individual honours, however the Argentina forward said this has never been his priority.

"I've never thought about finishing my career with more Ballon d'Or awards than Cristiano," he said.

Messi also said he considered leaving Barcelona and moving overseas during the years he was investigated by the Spanish tax authorities. In the summer of 2016, the Argentina captain and his father were found guilty of defrauding the tax authorities of €4.1m between 2007 and 2009.

"I've had several [difficult] periods, especially in 2013 and 2014 when I started having a problem with the Spanish tax authority and everything that came out," Messi added. "It was difficult for me and for my family.

"I think I was the first one [to be investigated by the tax authorities] and that is why everything was so hard. From then on, they showed they were going all out with me and proved that they would target all sports and footballers.

"I think I had the door open to many teams although I have never had an official offer because everyone knew of my wish and eagerness to continue at Barca. That, however, was beyond any situation that I felt for this home, this club, it was what I felt at a personal level. The only positive was that my children were young and didn't notice it but we had a hard time."

Messi, 32, has said he intends to retire at Barca even though he has a clause in his contract which allows him to leave at the end of each season.

"If they want me, I would obviously be delighted to remain at Barca," he said. "I reiterate that my aim has always been to stay here.

"Nothing has changed; it is as it has always been. Each time it becomes clearer that my aim and that of my family is to finish [my career] here. First because of how I am at the club, how I feel at the club, and secondly, for my family. We are very settled in this city. Of course, anything can happen but the idea is to continue living here."

"I don't think there is anything yet from what I know from my father [Messi's agent]," the Barca captain said. "I have always stayed out of all negotiations.

"I have not spoken to the Barca president [Josep Maria Bartomeu] since our Champions League elimination against Liverpool. But I have no problem with the president. I have never had any problems trying to sort out things with the club. On the contrary, it has been easy. Probably once it's done [the renewal], there will be no problems and it will be done in no time."

Messi, meanwhile, said he thought Neymar would have joined Real Madrid if he were not to return to Barcelona in the summer.

Lionel Messi has said he misses the rivalry with Cristiano Ronaldo in Spain.

Neymar was keen to return to Barca but has remained at Paris Saint-Germain with the two clubs unable to reach an agreement on the switch.

"I honestly thought in this [summer] transfer window, that if he didn't come here, he would go to Madrid," Messi said. "I thought he was very eager to leave, for a change, to leave PSG.

"I thought that [Real Madrid president] Florentino [Perez] and Madrid would do something to sign him."

Messi said he believes his friend Neymar "regrets" leaving Barca in the summer of 2017.

"I believe so, that Neymar regrets leaving, that shortly after leaving he realised he made a mistake and that he had taken a bad decision," Messi said. "I believe so but you should ask him. Knowing him and knowing what has happened, I believe so."

Messi said he is hopeful of Neymar returning to La Liga in the short-term future.

"Neymar to Madrid? I don't rule out anything in football," Messi added. "At Barca? I don't discard it either considering what the president said, which was that it had not been possible but in the future we shall see and that the door was open.

"Neymar is one of the best in the world, he is a player that tilts the balance, makes the difference and obviously to have him in our team would have been useful in terms of having many more options to achieve our aims."

Barca did strengthen their attack by acquiring Antoine Griezmann from Atletico Madrid. The France international has scored three goals and set up two more in seven league appearances.

"It is not easy to play at Barca because of the football we play," Messi said. "From the outside it might seem easy but any player that hasn't experienced the Barca philosophy, who hasn't trained here when he was young, to come from the outside, as much quality as you could have, it is very difficult.

"He is used to playing in a very different way but I am sure he will adapt. We have no doubt he is a player with a lot of quality, very intelligent."

Asked about reports that he didn't want Barca to sign Griezmann, Messi said: "It is a lie that I didn't want Griezmann. I said before that he was one of the best and the best are always welcome to a winning project that we all want to be a part of.

"I have never had any issue with him coming, on the contrary."

Messi said that his time working under Pep Guardiola was "the best era as a player" at Barca while he considered his best goal to be "the header I scored in the Champions League final against Manchester United in 2009 in Rome."