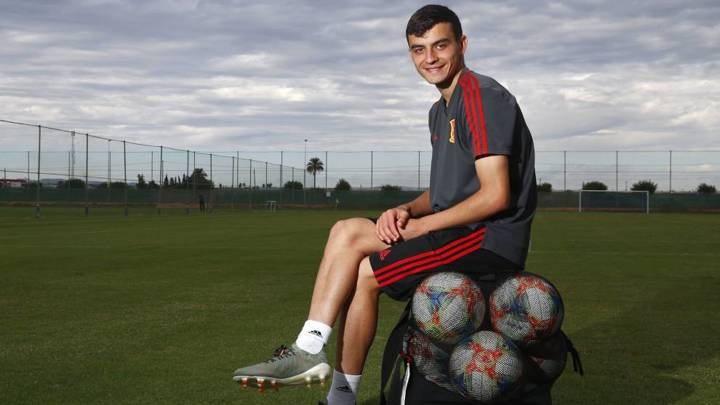 Everyone at Barcelona is delighted with Pedri.

The Canary Islander is one of their brightest hopes for the future and they're convinced that in signing him from Las Palmas in January, they managed to secure the future of one of Spain's most exciting prospects.

Five million euros, and one more in variables, could prove to be a bargain if he delivers what's anticipated of him.

Even current coach Quique Setien is confident in Pedri, as the youngster aligns perfectly with his setup and ideas.

Setien wants to see him in action as soon as possible, so he'll be spending pre-season with the first team and, at 17, will be sharing the dressing room with Lionel Messi and the rest.

Playing with Barcelona B isn't an option

Barcelona want him to develop, and he has a clause in his contract that means he won't play for Barcelona B unless they are promoted to the Segunda Division.

Pedri's penned an initial three-year deal with the option of another three, and it's thought that those last three seasons will see him play with the first team.

The Catalans' plan is clear: Pedri will spend pre-season under Setien's orders and the coach will then decide if he spends next season in the first team's plans.

If not he'll likely be loaned out, and Ajax are currently considered a good option.

But the Dutch side aren't going to go all out to sign him, meaning the likes of Real Sociedad, Real Betis and Celta Vigo - all of whom have already have already come knocking - could be where he ends up in the short term.

Everyone can see Pedri's promise, and Barcelona are rubbing their hands together about what's to come.