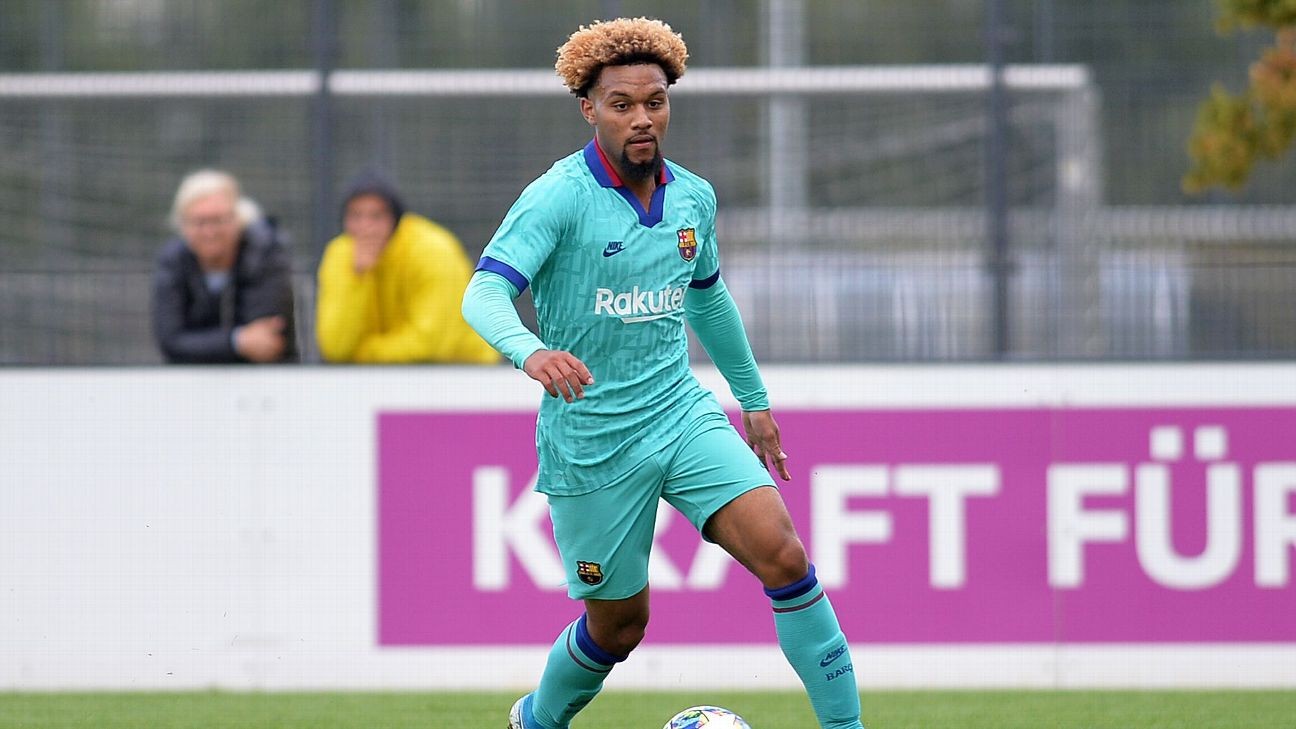 De la Fuente, 18, looked set to leave in December when talks over a new deal stalled. With his terms due to expire this summer, he had drawn interest from a number of German clubs, notably Hertha Berlin.

However, Barca returned with an improved offer in January and the U.S under-20 winger has now agreed to put pen to paper on a new three-year deal until 2022 with the option for an additional year.

As part of the new terms, De la Fuente will be promoted permanently from the U19s to Barca B, who play in the regionalised third tier of Spanish football. He featured for the B team as a substitute at the weekend, scoring the winning goal in stoppage time against Prat.

He was one of several youngsters then called up to train with Quique Setien's first-team squad on Monday as they prepared for games against Athletic Bilbao and Real Betis this week.

Sources told ESPN at the end of last year that De la Fuente had been sold on the idea of moving to Hertha, where he would have been fast-tracked into the Bundesliga club's first-team setup.

A change in circumstance at Barcelona, though, along with an improved contract offer provoked a U-turn. The January departures of Carles Perez, Abel Ruiz and Alejandro Marques created space in the B team, while Setien has prioritised giving youngsters more chances.

The Miami-born forward, whose parents are from Haiti, described himself as a "dynamic winger, who is fast, skilful, tricky and likes to take players on" in an interview with ESPN last year.