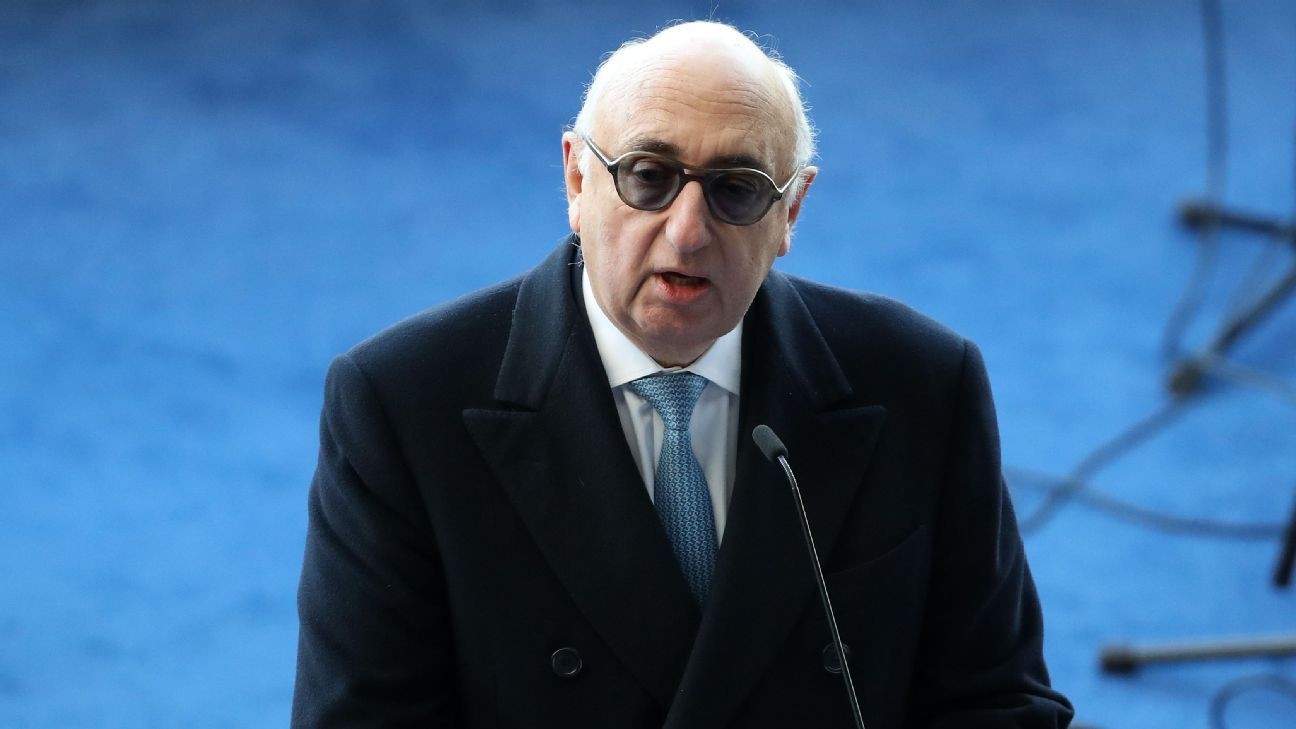 Premier League clubs splashed out just short of £1.5 billion ($1.8bn) on nearly 100 permanent transfers last summer, but the next window -- when it finally opens -- is a step into the unknown. The coronavirus pandemic has hit football finances so hard that the true impact is anyone's guess, but Manchester United chief Ed Woodward says even for one of the richest clubs in the world, it cannot be "business as usual" in the market.

The CIES Football Observatory predicts transfer values could drop by close to 30% across Europe's big five leagues because of coronavirus at a cost of around £7bn ($8.8bn).

English football's top flight is already looking at a bill of around £400 million ($500m) in rebate payments to broadcasters. On top of that, the remaining games of the 2019-20 campaign will be played behind closed doors, meaning no chance of gate receipts, and there is no time frame yet for when fans will be allowed back into stadiums. The expectation is that clubs might have to curb their spending to adapt to a new reality after COVID-19, but Jonathan Barnett, co-founder of Stellar Group and one of the most influential agents in the world, insists the appetite to buy and sell players is still there.

"If a club has the finances to pay for a transfer, they will do it," Barnett said in an interview with ESPN.

It's possible that some of Barnett's players will be part of the biggest deals this summer. Aston Villa forward Jack Grealish is among those wanted by Manchester United, while Leicester left-back Ben Chilwell is on Chelsea's wanted list. With a quarter of the season still to play after Wednesday's pair of fixtures, Barnett and his team haven't yet started talking to clubs about how they might strengthen their squads ahead of the new season. With the pressure to win still as strong as ever, he expects money to be spent and, eventually, return to the levels that have been normalised in the three years since Neymar's record-breaking move from Barcelona to Paris Saint-Germain in 2017.

"Clubs have suffered losses and it will take time to get back because they will have to recoup them," Barnett said. "But when the crowds come back, the money comes back into the game, it will carry on as normal. Slowly things are coming back but it will take a while. There's no doubt about that.

"We've maintained a slightly different view because we haven't really been looking to talk about football with clubs. With this virus going on and unfortunately a lot of people being ill and dying, it wasn't the right time to start talking about transfers and things like that.

"We haven't really gone into that aspect of it. As we're coming out of it and clubs start to play again, then we can start to talk."

The money generated by football and footballers has been thrown under the microscope during the pandemic. UK government ministers, including health secretary Matt Hancock, called on Premier League players to "play their part" and take pay cuts to aid what he branded a "national effort" to beat the virus. However, those within the game -- including Barnett -- were less than impressed at being singled out. One of his clients, Real Madrid forward Gareth Bale, donated nearly £1m to help fight COVID-19 in Spain and Wales, but not because of pressure from outside voices.

Manchester United striker Marcus Rashford helped raise more than £20m for food distribution charity FareShare, and then took on the government, forcing a U-turn on its decision to end a food voucher scheme for vulnerable children during the summer holiday period.

"I think some of the statements that were made early on by a couple of ministers were outrageous," Barnett said. "They were made by people who don't know what they're talking about. As a group of people, I think footballers give more money to charity than most. They do some great things and some of those statements were outrageous.

"I have a player who has given a million pounds. Others have given a few hundred thousand pounds. They've given a lot of money to charities. The statements weren't thought out. The answer that was given was ignorant."

play1:46Man United getting 'a global player' in Jadon Sancho

Aside from side-swipes aimed at players from politicians, the pandemic has raised other problems for Barnett, who has found himself again having to defend the role agents play in a footballer's career.

"I think the first thing clubs try to do is not pay agents," he said. "That's been the main problem. We employ over 100 people, we've got a big payroll, and it's not fair. You don't mind if a club comes on to you and says 'We're really sorry, can you help us? Can you delay it or spread the payment?' But a few clubs, not a lot but a few, just ignore us or just say 'We're not paying you.' If you have a contract, you have to honour it. They could be responsible for putting people out of work. A lot of people could lose their job because of the actions of a few clubs.

"A footballer is the same as any other human being, and being stuck at home has its disadvantages. It has a few advantages -- they're closer to their families and spend more time with them, but they're no different than any other human being. It's our job to make sure we're in touch with them, making sure everything they need, they have and mentally and everything else, they are looked after and that's what we do.

With the clock ticking until the transfer window can open again, Barnett is, once again, preparing to do just that.