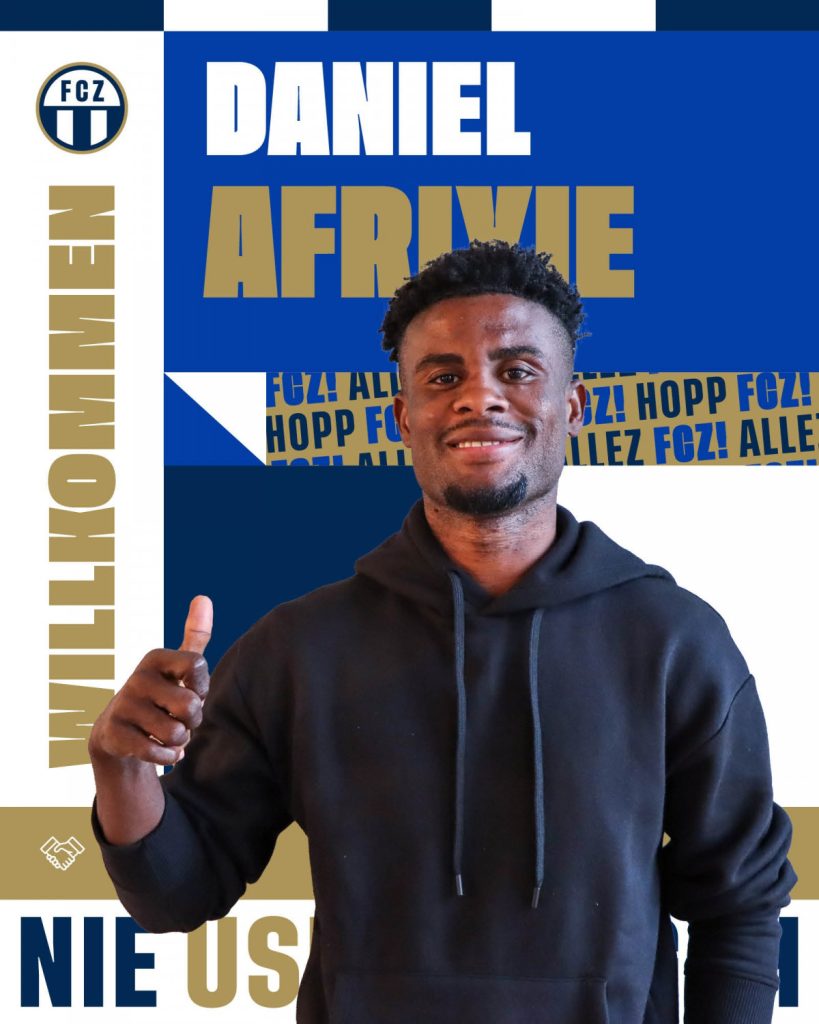 Daniel Afriyie Barnieh will join his new team FC Zurich after his involvement for Ghana in the 2022 CHAN tournament in Algeria.

Barnieh, 21, has signed a four year deal with the Swiss Super League giants after ending a three-year stint at Ghanaian powerhouse Hearts of Oak.

Despite the two parties going mum on the details of the contract, GHANAsoccernet.com reported that the Phobians will receive a training and compensation fee of around US$150,000 from Zurich following the completion of the deal.

Prior to joining FC Zurich on Tuesday, Afriyie Barnieh had been the subject of interest from clubs in Africa, Europe, and America following his spell with the Ghana national team at the World Cup in Qatar.

The former Ghana U20 captain cut in the Black Stars' final squad for the global showpiece and was instrumental in the last warm-up friendly match against Switzerland in Abu Dhabi.

He has also been impressive for the Ghana home-based national team who are currently camping in Egypt ahead of the 2022 CHAN tournament which begins in a fortnight in Algeria.

The highly-rated footballer scored three goals in four matches to propel the Black Galaxies to seal qualification for the CHAN tournament.

He was also involved in Ghana U23 as he scored in both legs in their qualifying match against Mozambique a few months back.

Afriyie Barnieh signed for Hearts in July 2019 and went ahead to become a mainstay in the team having played integral role in the club's double triumph in the 2020-21 campaign.

He will join his new team after the tournament for Africa-based stars in the North African nation where the West Africans will battle Morocco, Sudan and Madagascar in Group D.