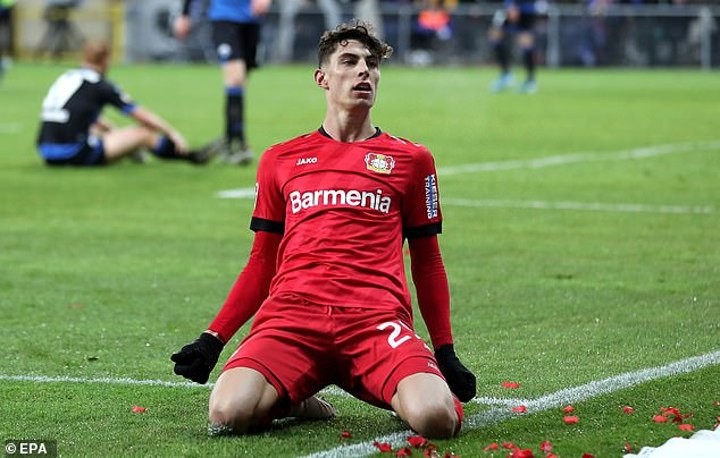 Bayer Leverkusen managing director Rudi Voller is pessimistic about hanging onto Kai Havertz for another season, with Chelsea and Manchester set to target the wonderkid again.

Havertz banged in 17 goals last season for Bayer, already storming to 11 in 26 games this term, keeping the eyes of Europe's elite firmly on him.

Leverkusen sit fifth in the Bundesliga, 11 points behind leaders Bayern Munich, and after sticking around with his boyhood club last summer Havertz could go chasing Champions League football if Bayer fall short.

'I'm honest, I always have such a small hope that we can and will keep him here for another year,' Voller, a German World Cup winner, told SkySports.

'It doesn't change the fact that he's already a world-class player anyway, that's what he was before. Now the attention is even more on him.

'He will switch to an absolute world-class club at some point.'