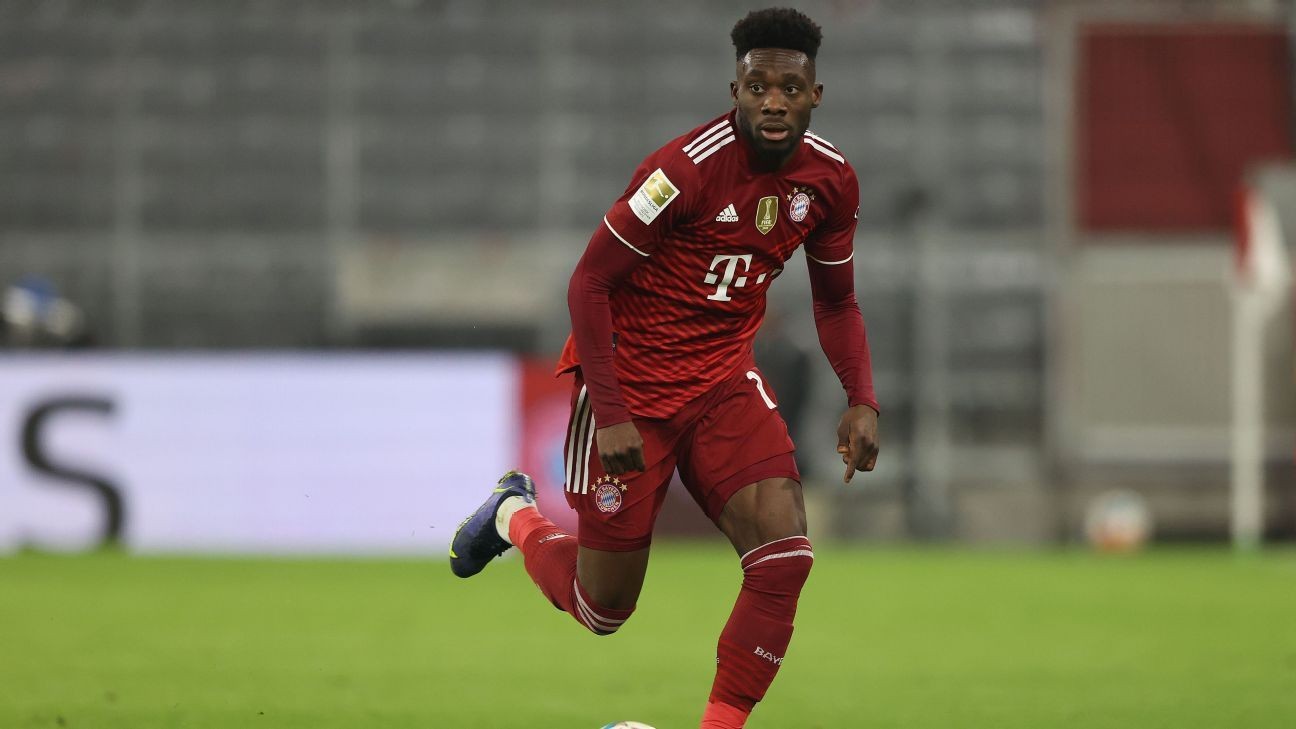 Bayern Munich left back Alphonso Davies will be sidelined in the coming weeks due to signs of the heart condition myocarditis, the club announced Friday.

For the sixth straight year, ESPN presents its annual ranking of the best men's players and coaches! A collection of Top 10s features No. 1s from six clubs, with 41 new entries and 28 nationalities. Read

"With Phonzy, when we did our follow-up examination yesterday that we do with ever player that has had COVID-19, we detected signs of mild myocarditis, i.e. an inflammation of the heart muscle," Bayern manager Julian Nagelsman said in a news conference. "He'll sit out training until further notice. He won't be available, also in the coming weeks. The ultrasound shows this myocarditis isn't so dramatic but it's a sign of myocarditis. Still, it has to heal and that will definitely take some time."

Davies, 21, has played a major role in Canada's rise within CONCACAF. Through eight of 14 qualifying matches, Canada sits atop the standings with 15 points, a point ahead of the United States and two points ahead of Mexico and Panama. The top three finishers qualify for the 2022 World Cup in Qatar, while the fourth-place finisher will head to a single-match playoff against the winner of the Oceania Football Confederation in June.

Prior to the match in Hamilton against the United States, Canada will play at Honduras Jan. 27 and finish the qualifying window with a match at El Salvador on Feb. 2.

It is unclear when Bayern expect Davies to be ready to return. The Bundesliga giants have two matches before the international break and will restart league play on Feb. 5 against RB Leipzig. Bayern will resume the Champions League on Feb. 16 at FC Salzburg.

Myocarditis is an inflammation of the heart muscle usually caused by a viral infection. When left undiagnosed and untreated, the rare condition can cause heart damage and sudden cardiac arrest.