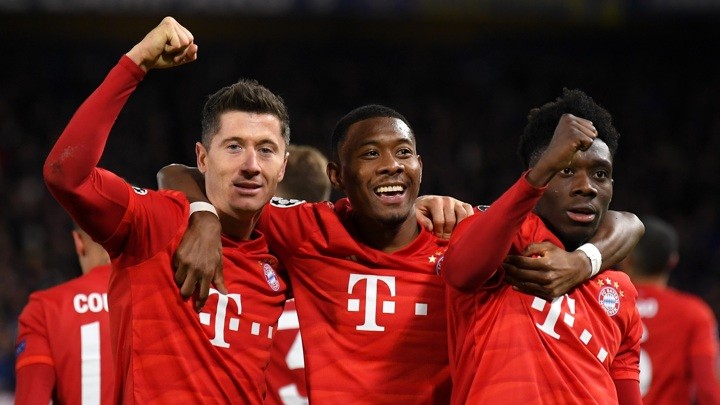 Bayern Munich will train "in small groups" on Monday after the club confirmed Hansi Flick's first-team squad would follow the German government's guidance on coronavirus precautions.

The Bundesliga was suspended on March 13 initially until April 2, but a meeting of clubs on March 31 extended the suspension to April 30 at the earliest.

A statement on Bayern's official website on Sunday urged supporters to stay away from the training ground as the players return to work.

"The FC Bayern Munich first team will return to training at Sabener Strasse in small groups from Monday, 6 April," said the statement.

"This will be done in coordination with government policy and the relevant authorities. It goes without saying that all hygiene regulations will be strictly observed."

The club's return to training is in line with the Deutsche Fussball Liga's (DFL) recommendation that teams take a break from training until April 5.

Bayern's statement continued: "Training will take place with no members of the public present.

"In order to further slow the spread of the coronavirus, FC Bayern asks fans to continue to follow the instructions of the authorities and therefore please do not come to the FC Bayern training ground."

Prominent virologist Alexander Kekule has suggested that there is hope of completing the Bundesliga season, but it will mean completing matches behind closed doors and keeping the players under exceptionally close observation.

"Everything is possible. You have to think about how you can sure that the Bundesliga players are able to play," Kekule said.

"From a purely virological point of view, the problem could therefore be solved, but only if you create a kind of special bubble for the football players.

"I wouldn’t plan anything with fans this season. I would be pessimistic. It doesn’t look like something that we can seriously consider."

Germany currently finds itself in the midst of a Covid-19 lockdown, with the illness infecting more than 100,000 people in the country, killing 1,584.