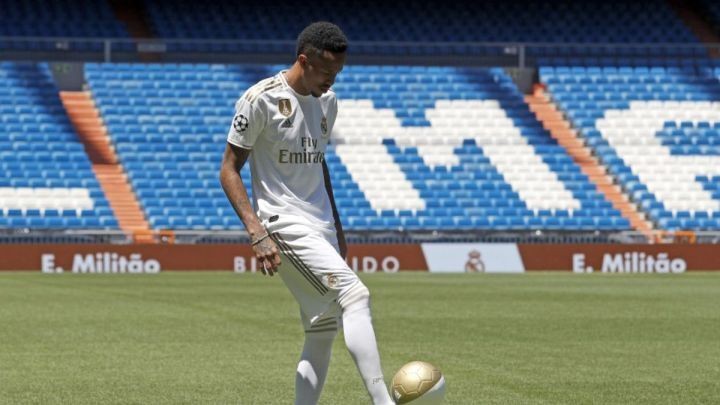 With Bayern defender David Alaba understood to be close to a move to Real Madrid, the German club have reportedly made an initial approach for Eder Militao.

Goal reports that Bayern have joined Juventus, Tottenham and Borussia Dortmund by making an initial enquiry to Real Madrid about the Brazilian defender, who has failed to establish himself at the Bernabéu since his move from Porto in January, 2019.

The German champions are on the hunt for a new defender as they are set to lose club stalwart David Alaba after 10 seasons in the Bavarian capital.

Alaba, who will be a free agent when his contract expires this summer, has drawn the interest of several clubs, with the 28-year-old Austrian international understood to be close to agreeing terms with Real Madrid.

Militao could be open to Bayern loan move

Militao is keen to establish himself at Madrid but knows he needs regular game time to guarantee his place in Brazil’s squad for the upcoming Copa America. He was overlooked by Brazil coach Tite for the recent World Cup qualifiers due to lack of game time at Madrid, where he has fallen to fourth in the pecking order behind Sergio Ramos, Raphael Varane and Nacho.

With this in mind, Militao is understood to be open to a short-term loan move to a club where he could find regular minutes. Bayern, then, could be seen as a good option for the former Porto player, whom Madrid could be willing to offload if they secure the services of Alaba.

In this scenario, Miltao’s willingness to move on could be heightened by the arrival of Alaba, which would further exacerbate his situation at Madrid.