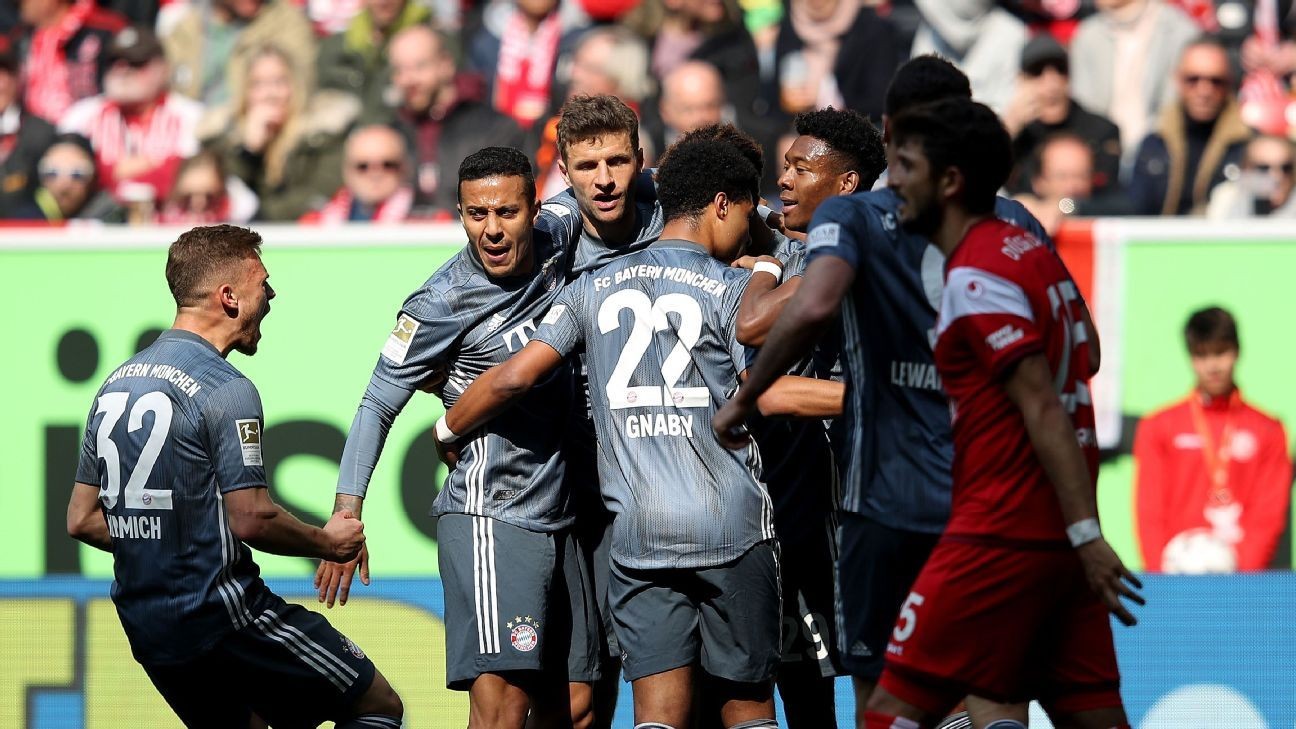 Champions Bayern Munich eased past hosts Fortuna Duesseldorf 4-1 on Sunday with winger Kingsley Coman scoring twice, to go a point clear at the top of the Bundesliga.

The Bavarians are on 67 points, with Borussia Dortmund on 66 after their 2-1 win over Mainz 05 on Saturday, and five games left in the title race. RB Leipzig are in third place on 58.

"I think we approached this game in a very serious way and we deserved to win by this score," said Bayern coach Niko Kovac, who used the same starting XI as in their 5-0 demolition of Dortmund last week.

There were some bad news for Bayern, however, with keeper Manuel Neuer taken off in the 53rd minute with a calf muscle injury.

"It is the same calf which had caused him problems recently," said Kovac. "We will check it tomorrow and hope it is not a serious injury."

Bayern pressed high from the start and it paid off when Coman found space to cross into the box, Thomas Muller failed get a foot on it and the ball sailed past keeper Michael Rensing in the 15th minute.

Bundesliga leading scorer Robert Lewandowski came close to adding another one in the 23rd, but his freekick from the edge of the box flew narrowly wide.

Despite more than 60 percent possession, the visitors struggled at times with an agile and hard-working Duesseldorf defence until Coman struck again four minutes from halftime.

The Frenchman drilled in Joshua Kimmich's cutback, his 11th assist this season and the league leaders picked up after the break where they had left off with Serge Gnabry slotting in from a metre out in the 55th to give them a three-goal cushion.

Bayern, chasing a record-extending seventh straight league title, could have scored several more in the second half but Rensing, a former Bayern keeper, made a string of superb saves.

The hosts got a late consolation goal with a Dodi Lukebakio penalty from a Mats Hummels handball but Leon Goretzka scored Bayern' fourth in stoppage time.