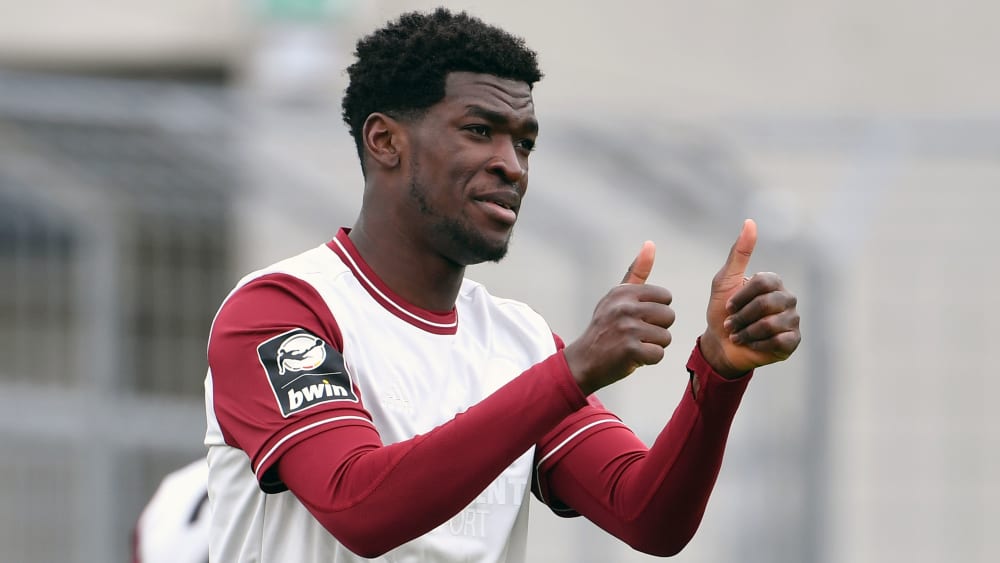 Head coach of Bayern Munich reserve side Sebastian Hoeneß has said his goodbye to Ghana striker Kwasi Okyere Wriedt ahead of his new adventure in the Dutch Eredivisie.

Kwasi Okyere Wriedt celebrated a perfect farewell at Bayern after helping the club clinch yet another league title in the Bundesliga 3.

The Ghanaian was voted player of the season after notching 24 goals and became the second representative of the Munich third division champions.

The 26-year-old will be leaving the Bavarians to continue his career at Dutch Eredivisie outfit Willem II Tillburg.

Coach Sebastian Hoeneß expressed his gratitude to the frontman and wished him good luck in his soon-to-start adventure.

Wriedt also said goodbye emotionally to the Bayern fans, saying, "On my birthday I wanted to say goodbye to you again. With the incredible win of the championship, a beautiful and eventful section ends for me," wrote the striker.

"Thank you and the club for three unforgettable years!"

When he was promoted to the third division with Bayern's reserve last year, "I could never have dreamed that we would be in first place next year."

Wriedt described his individual awards as "a very great honor", he would "always remember the moments together".

He described the move to Willem II as the "next step", which he is very much looking forward to.