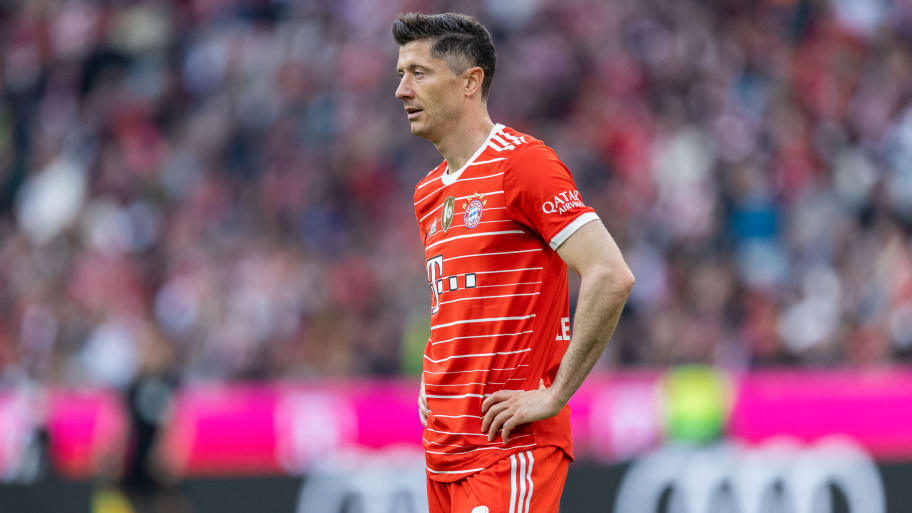 Bayern Munich director Hasan Salihamidzic has confirmed that Robert Lewandowski has asked to leave the club.

The Polish superstar has been heavily linked with a move to Barcelona this year and he has only one year remaining on his contract in Bavaria.

90min reported earlier on Saturday that Bayern are remaining calm over Lewandowski's short-term future and expect him to remain at the club this summer.

And speaking to Sky Sport Germany ahead of their season closer against Wolfsburg, Salihamidzic confirmed that while their talisman wants to leave, they expect him to stay until the end of his current deal.

"I spoke to Lewa. During the conversation he informed me that he did not want to accept our offer to extend the contract and that he would like to leave the club," he said.

"He said that he would like to try something new, but our position has not changed. Lewa has a contract until June 30, 2023. That is a fact."

When asked if Barcelona had made an offer for Lewandowski, Salihamidzic replied: "No. Lewa has a contract here until the summer of next year, that's a fact. Our stance has always been clear."

Should Lewandowski get his way and force a move from the Allianz Arena this summer, Benfica's Darwin Nunez, Bayer Leverkusen's Patrik Schick and Ajax's Sebastien Haller would be among Bayern's targets to replace him.

This article was originally published on 90min as Bayern Munich confirm Robert Lewandowski has asked to leave club.