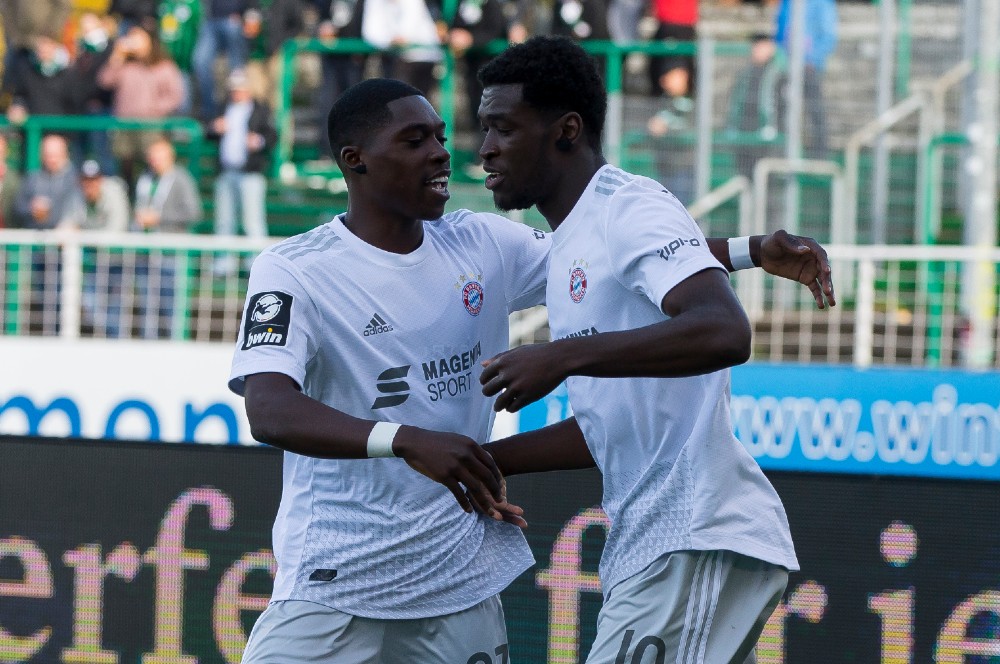 Dutch side Willem II have rejected the request of German side Bayern Munich to extend the contracts of two Ghanaian players Kwasi Okyere Wriedt and Derrick Köhn to enable them play in Saturday's final league match.

The German were holding talks with Willem II over the possibility of extending the stay of Ghanaian duo Kwasi Okyere Wreidt and Derrick Köhn till the end of the season.

Ghanasoccernet.com exclusively revealed last month that the two players signed pre-contract agreements with Willem II to end their stay with the second team of Bayern Munich.

With the third tier league in Germany ending on Saturday, Bayern Munich II were keen on using the two players for the final match of the season to help them win the league title.

The two Ghanaian players, who were expected to join their new club Willem II on a permanent contract by July 1, were keen to see out the remainder of the season in Germany.

Both players have been instrumental in the impressive run of Bayern Munich II side where they lie top of the Bundesliga 3.

The Ghanaians want to clinch the title and promotion with the side before joining the Dutch  Eredivisie side.

With Bayern Munich II standing a big chance of clinching the crown in the lower division, the Germans approached Willem II to extend the contracts of the Ghanaians.

But the two sides failed to an agreement and with the permanent contracts of the duo starting on Wednesday, they have officially started their stay with the Eredivisie side.

"Kwasi Wriedt and Derrick Köhn will not finish the season at FC Bayern Munich. The German top club and Willem II have not been able to reach an agreement on the release of both players," Willem II said in a statement on Wednesday night.

"Today, July 1, 2020, the contracts of the brand new Willem II duo will start. Because there is no agreement on the release, Wriedt and Köhn have to miss the last two games of the season."

Wriedt and Kohn signed three-year contracts each with the Dutch club last month as they seek to play regular football with a top league in Europe.

Wriedt, 25, and compatriot Köhn, 21, signed their permanent contracts that will run until the summer 2023.

With Bayern Munich II standing a big chance of clinching the crown in the lower division, the two players wanted to play a part in their title push.

Bayern, who are the league leaders, are one point ahead of second-placed Wurzburger Kickers and three points ahead of third-placed Eintracht Braunschweig with two games to spare.