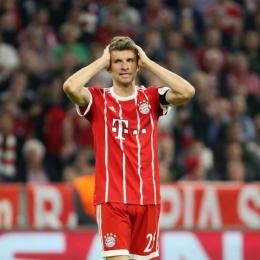 According to Sport Bild, German international forward Thomas Müller (30), sidelined at Bayern Munich by boss Niko Kovac, who's mostly rather lining up both Serge Gnabry and Philippe Coutinho, asked the club to sign him away. Playing in Die Roten development area since 2000, when he was 11, and having afterwards spent his whole pro career in Bayern, starting as a first-team member back in 2009/10, Müller always made clear he'd like to experience Premier League, sooner or later. To this end, both Manchester giants might get back on him.