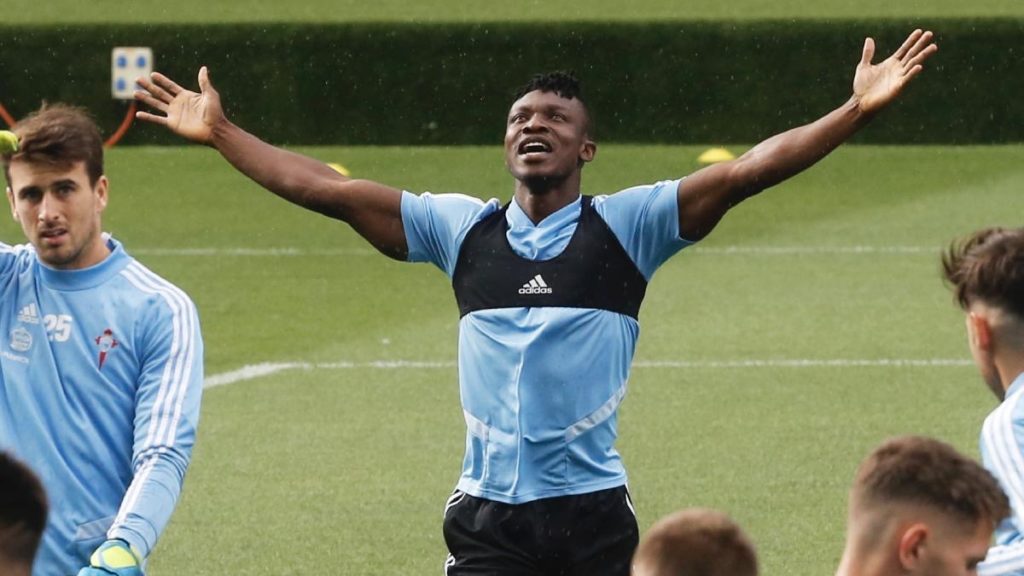 Bayern Munich manager Hansi Flick has sent a response to Ghana defender Joseph Aidoo following his come-and-get me plea to the German giants.

The Celta Vigo guardsman has not hidden his desire to play for the Bavarians, revealing in a recent interview his utmost goal is to to one day don the red jersey the record German champions.

“I chose Sammy Kuffour as my mentor because for me, I think I will be playing for Bayern Munich in future and he has been there," Aidoo told Joy Sports.

"And that is why I am always looking up to him and he has made a good impact on the football world. When I was a kid, Bayern was the club that touched my heart and that is why I admire them," he added.

His comments reached Hansi Flick, who isn't ruling out a move for the player but insists he must reach the requirements of the club.

"There are many players who would like to play for FC Bayern. If he has the appropriate aptitudes and qualities, then I do think that he would be considered," Hansi Flick said, as reported by Sports 1.

Joseph Aidoo is enjoying a good campaign with La Liga outfit Celta Vigo, having made 20 appearances for the club this term.

Although he is yet to reach the figures chalked last term, the ambitious center back looks to have wrestled back his position in the first team after temporary losing it.

Over the weekend he lasted 90 minutes as the Sky Blues defeated Deportivo Alaves on the road.