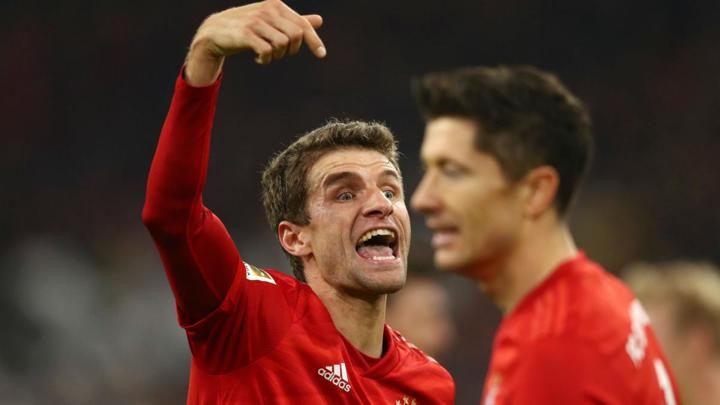 Bayern Munich forward Thomas Müller has been a player reborn under Hansi Flick but pondered an exit when Niko Kovac benched him this season.

Thomas Müller does not think he would have signed a contract extension at Bayern Munich were Niko Kovac still at the helm as head coach.

The 30-year-old will be forever synonymous with Bayern and sits fourth on their all-time scoring charts with 195 goals across 521 appearances.

Müller: "Emotionally, it was very tense back then"

However, he found himself out in the cold under Kovac, who was sacked in November.

Since Hansi Flick's arrival, initially as an interim head coach, Müller has been a player revitalised, netting six goals and supplying a remarkable 12 assists in 15 Bundesliga games.

"In autumn, I was left out of the starting 11 for six games in a row. It was difficult. Of course, it made me think," he told an online news conference on Thursday.

"Emotionally, it was very tense back then. I wasn't necessarily thinking that I would be extending my contract in the spring.

"With the change of coach and different playing style, everything has developed positively.

"Not only have I been playing more, but I've also been able to put my stamp on our games again."

Bayern back in training in small groups

Bayern's players returned to training in small groups on Monday, with the club offering assurances that "all hygiene regulations will be strictly observed" amid the ongoing coronavirus pandemic.

"We have to fit into the overall structure. I don't know if football has a special position."

He added: "We all want to play football, of course, but only from the point of view that makes sense. This is an exceptional situation, not only for football."