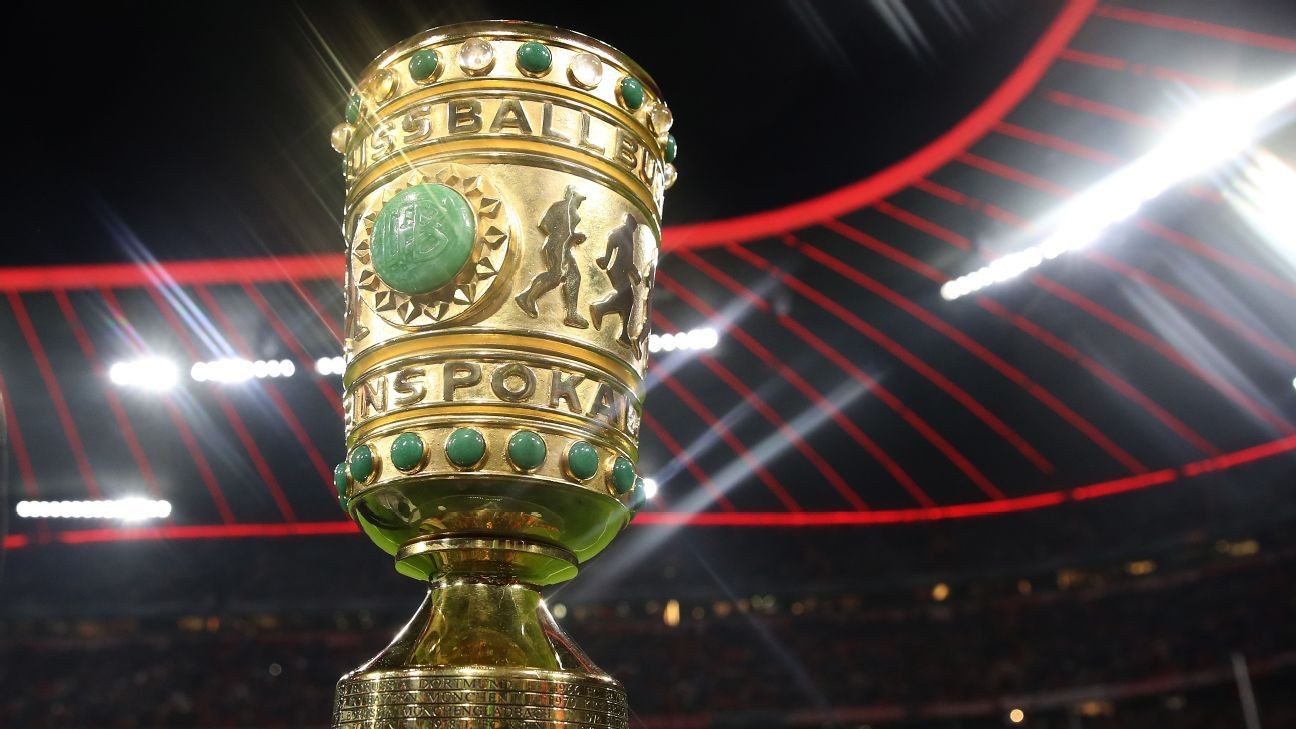 The pregame form and vibe...

For the second straight year -- and 13th in the Bundesliga era -- Bayern Munich are looking to do the League and Cup Double (and, perhaps, make it a Treble in August when the Champions League returns). Freshly crowned champions of Germany (with the second highest goals total in history), they have won 16 straight games in all competitions and 24 of their last 25 going back to 2019. It was their eighth consecutive German title and their 30th overall. They also hold the record for most German cups, with 19.

If Bayern are Bavarian blue bloods, then Bayer Leverkusen, who get their name from the pharmaceutical company that brought us Aspirin, are very much upstarts. They've never been German champions, though they finished as runners-up five times and won the German Cup back in 1993. This season, they missed Champions League qualification on the penultimate week of the season when they lost to Hertha Berlin. That said, they are one of only four German teams to have beaten Bayern in 2019-20.

Former German national team assistant coach Hansi Flick took over as interim boss in November after Bayern sacked Nico Kovac. (Never mind that Kovac won the league and cup the year before, and they were just three points off the top spot when he left... Bayern set the bar high). Flick quickly lost the interim tag as the team began firing on all cylinders.

Despite losing some key men (Niklas Sule, Lucas Hernandez) to injury for much of the season, Bayern went on a tear. Flick is a popular as a players' coach, but also plays attractive attacking football and is unafraid to make big decisions, like benching from Barcelona and Liverpool star Philippe Coutinho.

- What did you miss? The latest from Europe's top leagues
- Hamilton, Uersfeld: Bundesliga season review
- Stream ESPN FC Daily on ESPN+ (U.S. only)

Peter Bosz is a bit of an acquired taste, taking over at Leverkusen halfway through the 2018-19 season and lifting the club from 10th to fifth. The Dutchman's high-octane style based on possession, attacking in numbers and flat-out speed is seductive, but he flopped in his last job, at Borussia Dortmund. He's very much a feast or famine type guy and playing defense on his teams is not for the faint-hearted.

Luckily for him, he can count on Edmond Tapsoba, one of the revelations of the second half of the Bundesliga season, as well as the unflappable Bender twins, Lars and Sven, both of whom are former German internationals. Then there's Kai Havertz, but more of him later...

Bayern's Robert Lewandowski, who turns 32 next month and delivered a career-high 34 league goals (in just 31 league games) this season, is arguably the best in the business at center-forward. The Polish striker is mobile, athletic and ruthless in the box; his battle with Tapsoba will be one to watch.

The next big thing

Havertz has had scouts excited since he made his debut for Leverkusen at 17, four years ago. Tall and elegant but with the touch and close control of a much smaller player, this man-child's skills are unique. It is tough to tell what his best position is and he has played both up front and in midfield this season.

Ironically -- and disappointingly for some -- he's been linked with a move to Bayern, like so many gifted German players down the years. The cup final could be his last game for Leverkusen.

The DFB-Pokal was founded in 1935 and has been won a record 19 times by Bayern Munich. Alexander Hassenstein/Bongarts/Getty ImagesTwo others to watch

Thomas Muller, 30, has been at Bayern since the age of 11 and is the team's emotional leader. In addition to his silverware with the Bavarians, he won the World Cup with Germany in 2014, but his career suffered a lull after the 2018 tournament. This season, he roared back with one of his best campaigns, hitting double digits for goals and serving up a league record 21 assists.

Not the most aesthetically pleasing player to watch -- he can look gangly and clumsy -- Muller is athletic and super smart on the pitch, as evidenced by his nickname "Raumdeuter" ("Space Investigator" in German) for the way he always seems to be in the right place at the right time.

Leon Bailey has had an up-and-down season at Leverkusen, but scored twice in a win at Bayern in November. The Jamaican is one of the fastest players in the Bundesliga and his potential battle with another candidate in that area -- Bayern left-back Alphonso Davies -- would be a showdown of CONCACAF stars. Bailey represents a continuous threat on the break and can keep any opponent pinned back.

Bayern will win if...

...they don't screw it up. They have the experience and the athleticism to deal with Leverkusen's forwards, and Bosz' penchant for leaving his own defence exposed is an invitation for devastation by Lewandowski, Muller, Serge Gnabry and the rest of Bayern's front men. Midfield playmaker Thiago Alcantara is racing to be fit in time, and he would undoubtedly help, but the reality is they are probably fine without him.

Bayer Leverkusen will win if...

...they score first -- perhaps Havertz's genius creates something out of nothing -- and then manage to hit Bayern again on the counter-attack. (The reality is one goal probably won't be enough given that their opponents have failed to score just once in a game over the past 12 months). Leverkusen also need to limit the damage at the other end; that will only happen if Tapsoba and the Benders have the game of their lives and goalkeeper Lukas Hradecky stands on his head.