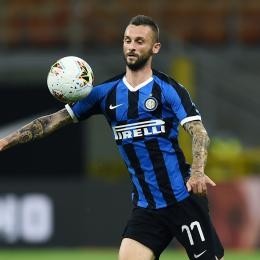 According to Sportske Novosti, Bayern Munich are working over bringing in Croatian international midfielder Marcelo Brozovic (27, in the pic on the left). To this end, Inter Milan are allegedly suggesting German giants a swap deal, framing 26-year old French deep-lying playmaker Corentin Tolisso on a reverse move, including a 20 million euros' worth settlement in their own favour.