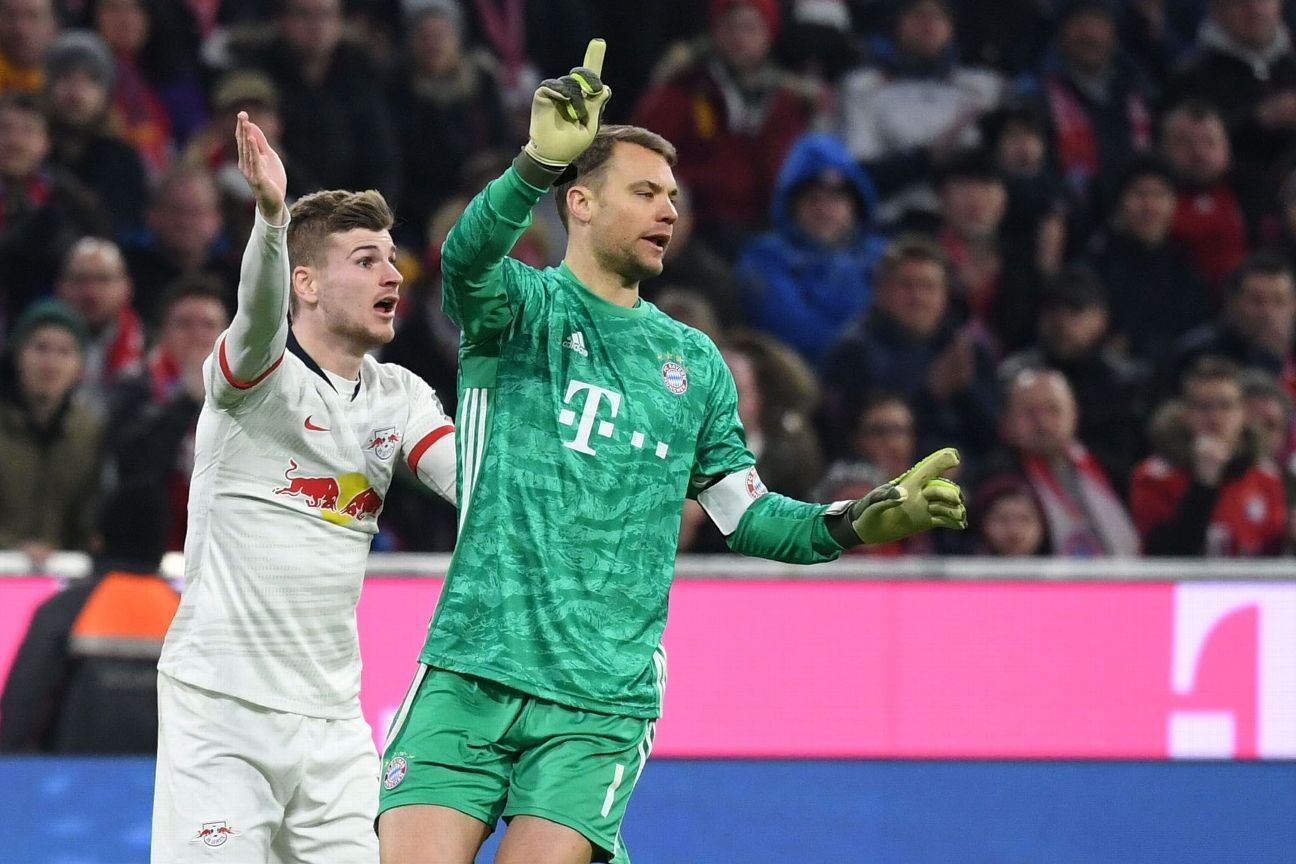 Bundesliga leaders Bayern Munich drew 0-0 with visiting RB Leipzig on Sunday, missing their chance to increase their lead at the top of the table, with their opponents staying a point behind in second place.

Kai Havertz: The making of a superstar

Bayern, top on 43 points, enjoyed possession in a dominant first half but failed to score despite chances from Robert Lewandowski.

Leipzig, without a win now in their last four games in all competitions, waited patiently for their chances and they got them after the break but both Marcel Sabitzer and Timo Werner fired wide to squander golden scoring opportunities.

Leipzig keeper Peter Gulacsi then tipped Leon Goretzka's effort wide in the 80th, in Bayern's best chance of the second half.

Sunday's only other game between Borussia Moenchengladbach, who are fourth on 39 points, and Cologne was postponed due to a storm warning.