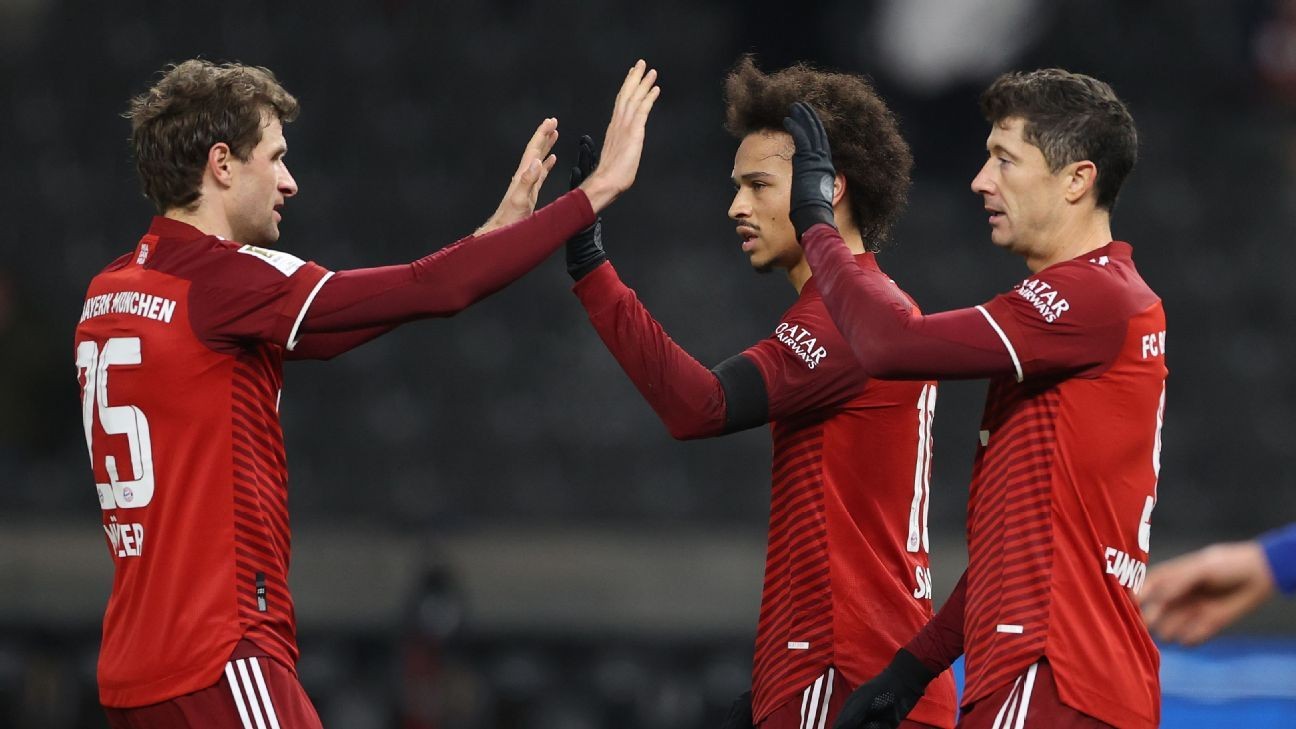 Bayern Munich cruised to 4-1 victory at Hertha Berlin on Sunday, scoring twice in each half, to stay firmly in control of the title race and restore their six-point lead at the top.

Corentin Tolisso, who had seen a superb volley ruled as offside in the second minute, did everything right in the 25th, connecting with a Kingsley Coman cross to head the champions into the lead.

Thomas Muller doubled it on the stroke of half-time, stretching to flick in a Joshua Kimmich free kick as Bayern cruised towards their seventh league win from their last eight matches.

A mistake by Hertha keeper Alexander Schwolow allowed Leroy Sane to slip in and bag Bayern's third goal of the afternoon in the 75th and Serge Gnabry made it 4-0 four minutes later, cutting in from the right to slip the ball through the keeper's legs.

"I am very satisfied with both our game and the result," Bayern coach Julian Nagelsmann said. "We played a very good first half. We were very sharp with our pressing and we put a lot of pressure on them.

"Sometimes the final ball did not always come but that's really the only thing to complain about," Nagelsmann said of Bayern's string of missed chances.

"We are getting more versatile and that is good. We are not changing the way we play -- always play forward and attack and also defend high -- but we adapt to our opponents."

The hosts, who have won just one of their last five league matches and remained in 13th place, got a late consolation goal through Jurgen Ekkelenkamp 10 minutes from the end.

Bayern, who have now scored at least once in a record 67 consecutive Bundesliga matches, are on 49 points, six ahead of second-placed Borussia Dortmund, who beat Hoffenheim 3-2 on Saturday.