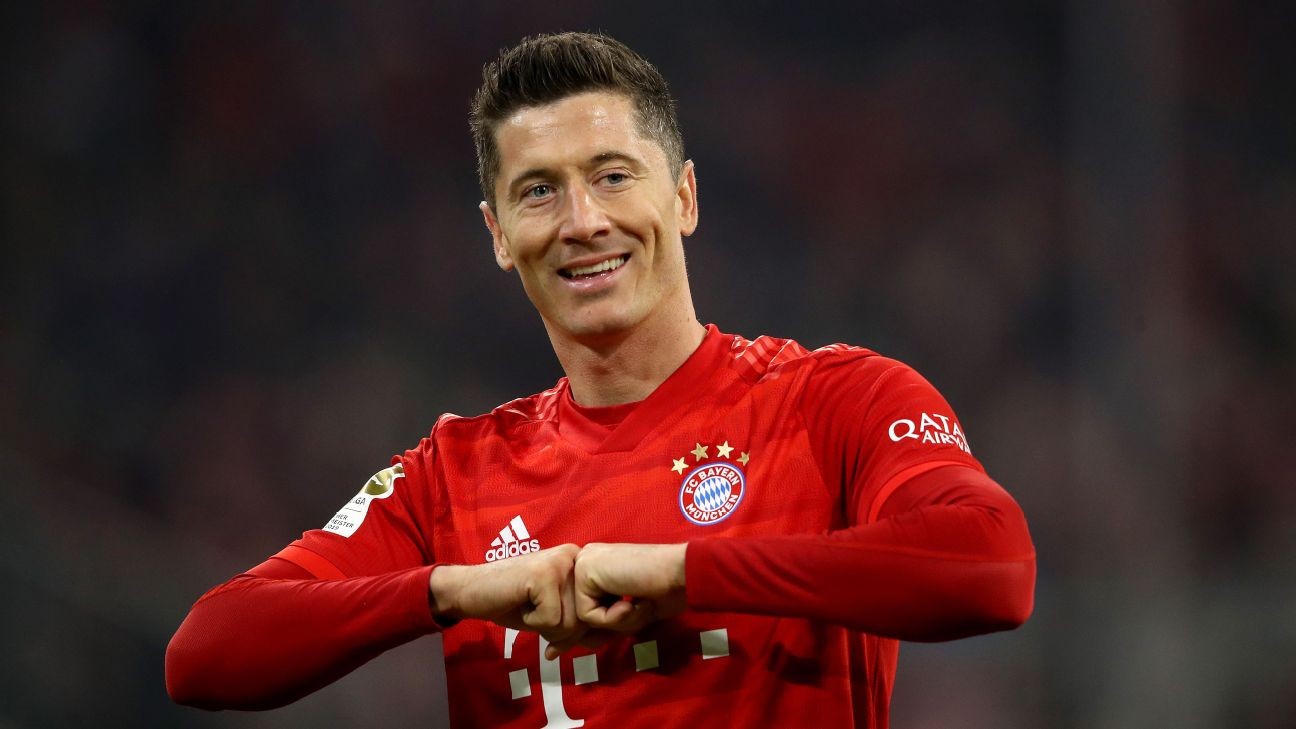 On Friday, his Bayern teammates Leon Goretzka and Joshua Kimmich launched the #WeKickCorona campaign, with both Germany internationals contributing €500,000 each.

"Today, we all play in one team. Let's be strong in this fight," Robert Lewandowski and Anna, his wife, said in a statement released to several media outlets, announcing the €1 million contribution.

"If we can help someone, let's do it! The situation affects all of us and that's why we ask you to follow the orders and to listen to them who know best. Show responsibility."

Lewandowski follows in the steps of his Bayern Munich teammates Goretzka and Kimmich, who launched the #WeKickCorona campaign on Friday by contributing €500,000 each.

The money will go towards local food banks, medical equipment in hospitals, blood banks or homeless shelters, with all of them in need of immediate help amid the coronavirus crisis in Germany.

Several other Germany internationals and Bundesliga players such as Leroy Sane, Mats Hummels, Julian Draxler, Jonas Hector, Benedikt Howedes and Sebastian Rode have since joined in and contributed a further €1.61m.

But not only Bundesliga stars have joined forces in the fight against the coronavirus.

The German fan scene, especially the ultra groups, under attack by German football's leadership before the crisis, have provided help for those at risk, raised donations for local food banks and called for financial and moral support for medical and supermarket staff.

"I've never talked less football then in the past two weeks," Oliver Ricken, one of the Dortmund supporters organizing the help locally, told German outlet Suddeutsche Zeitung about the shift following the outbreak. Usually the capo on Dortmund's renowned Sudtribune, Ricken said the sport has been a secondary issue for him amid the crisis.

He added that 2014 World Cup winner-turned-bar owner Kevin Grosskreutz has offered the Dortmund supporters to use his Mit Schmackes pub near the Westfalenstadion as their headquarters.

Germany is nearing a lockdown with only daily requirements stores like supermarkets are allowed to open. Chancellor Angela Merkel has called the coronavirus outbreak the country's biggest challenge since the World War II.

In latest numbers released by the John Hopkins University, there are 21,828 confirmed cases in Germany and 75 people have died as a cause of the infection.