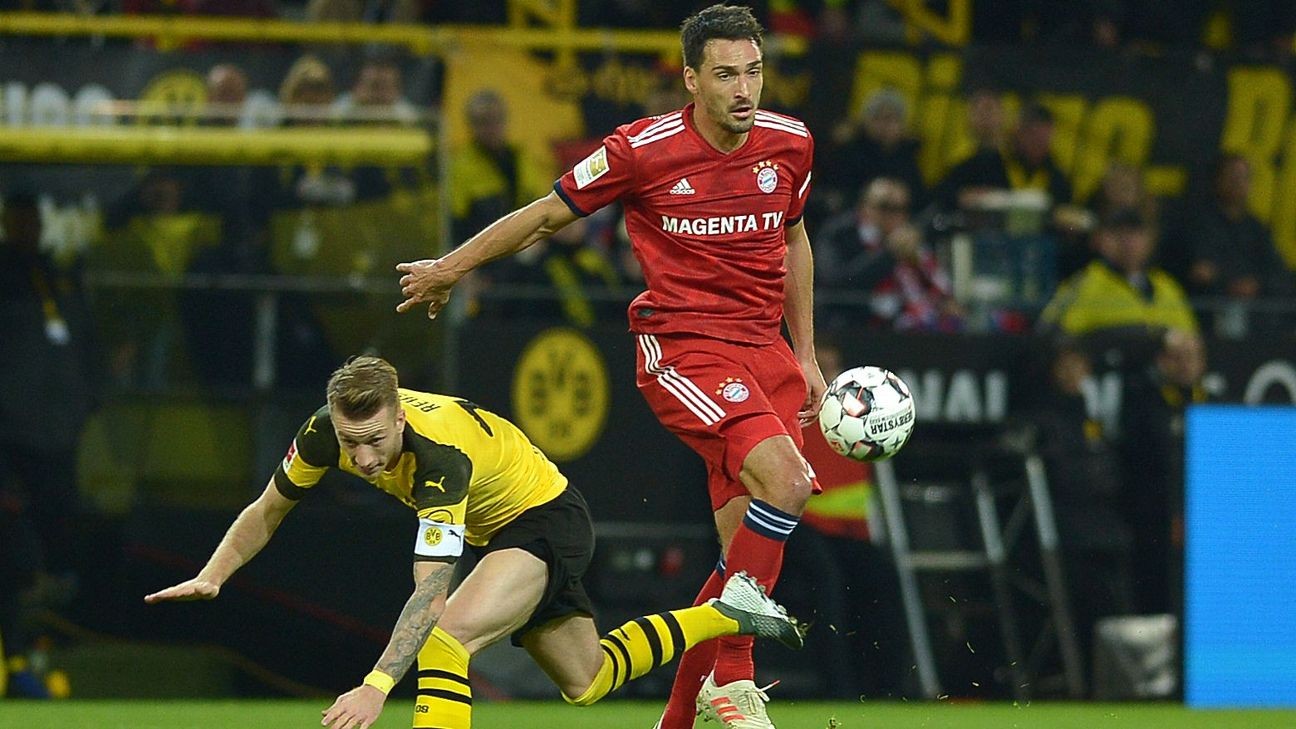 Bundesliga correspondent Raf Honigstein weighs in on Bayern Munich's interest in Man City's Leroy Sane and the roadblocks that have emerged between the clubs.

Mats Hummels will end his three-year spell at Bayern Munich and return to Borussia Dortmund, pending a medical, both clubs have announced.

The 30-year-old, who was taken out of international contention by Germany coach Joachim Low earlier this year, will return to Dortmund for a reported fee of €38 million including possible bonuses.

- How do stars leave a Whatsapp group when they move?
- When does the transfer window close?
- All completed transfers from Europe's top leagues

Having joined Dortmund from Bayern Munich in 2008, Hummels went on to make 310 competitive appearances for the Schwarzgelben until 2016, the majority under Jurgen Klopp.

A 2014 World Cup winner with Germany, the defender won the Bundesliga title with Borussia in 2011 and the domestic double the following season. He also was part of the team which reached the 2013 Champions League final, the club's biggest success in Europe since lifting the trophy in 1997.

Hummels captained Dortmund from 2014 to 2016 but returned to Munich after the 2016 European Championships for a reported fee of €35m. At the Allianz Arena, he won three Bundesliga titles and one DFB Pokal.

However, France's 2018 World Cup winners, Lucas Hernandez and Benjamin Pavard, will join coach Niko Kovac's squad this summer. Instead of fighting for his place with Germany international Niklas Sule, Hummels has opted to instead become a key figure at his old club Borussia Dortmund once again.

Dortmund lost the 2019 Bundesliga title to Bayern despite leading the league by nine points in late 2018. BVB have already spent close to €100m on the transfers of Germany internationals Julian Brandt and Nico Schulz and attacking duo Paco Alcacer and Thorgan Hazard.