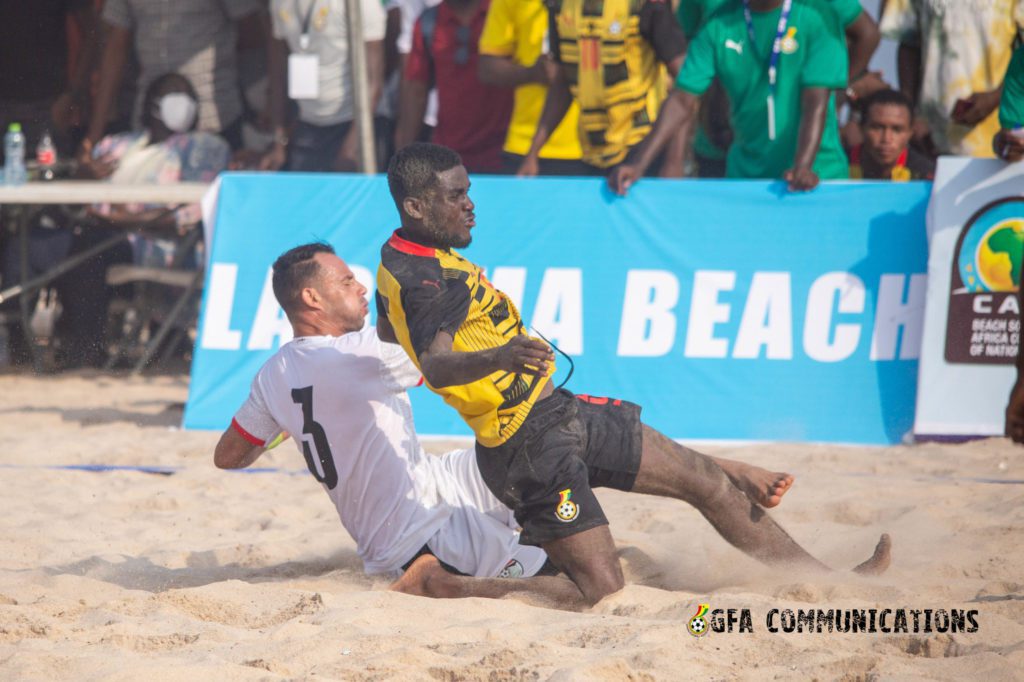 Ghana's Black Sharks will face Egypt in the second leg of the Beach Soccer Africa Cup of Nations qualifier this weekend in Cairo.

The Black Sharks won the first leg 6-5 at Laboma Beach in Accra and will look to maintain their slim lead in order to qualify for the Africa Cup of Nations in Mozambique.

The match between Egypt and Ghana will take place at the Stade Sedi Bashr in Alexandria on Sunday, August 7, 2022 at 15:00GMT.

The following articles in the Regulations governing the Qualifying phase will apply in case two teams have scored the same number of goals during the two matches:

13.1. The matches are organised by direct knock-out system played home and away.

13.2. Each match shall last 36 minutes, comprising three periods of 12 minutes with an interval of 3 minutes in between periods

13.3. If after the end of the regular time of the second match, the two teams have scored the same number of goals during the two matches, the team which will have scored the greatest number of away goals will be qualified for the next round of the competition.

In case the number of away goals is also the same or if the results of the two matches are nil, the winner shall be determined by penalty kicks.