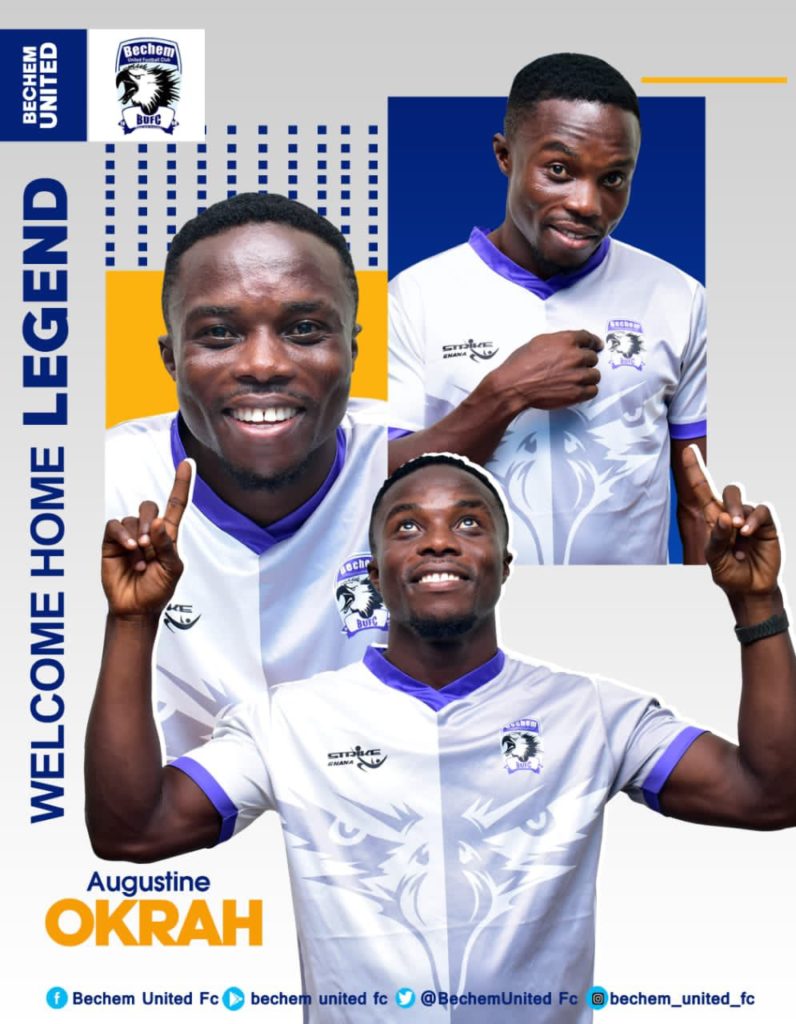 The Hunters have handed the 28-year-old a one-year contract as he returns to the Nana Gyeabour Park.

A statement on the club's Twitter account read: ''Bechem United is delighted to confirm the signing of Augustine Okrah.

''The Supercalifragilistic Forward returns to the club on a one-year deal.''

Okrah starred for Bechem United in the 2013/14 season where he banged in 16 goals.

He made 17 appearances for Kotoko last season where he scored one goal and provided three assists in the process.