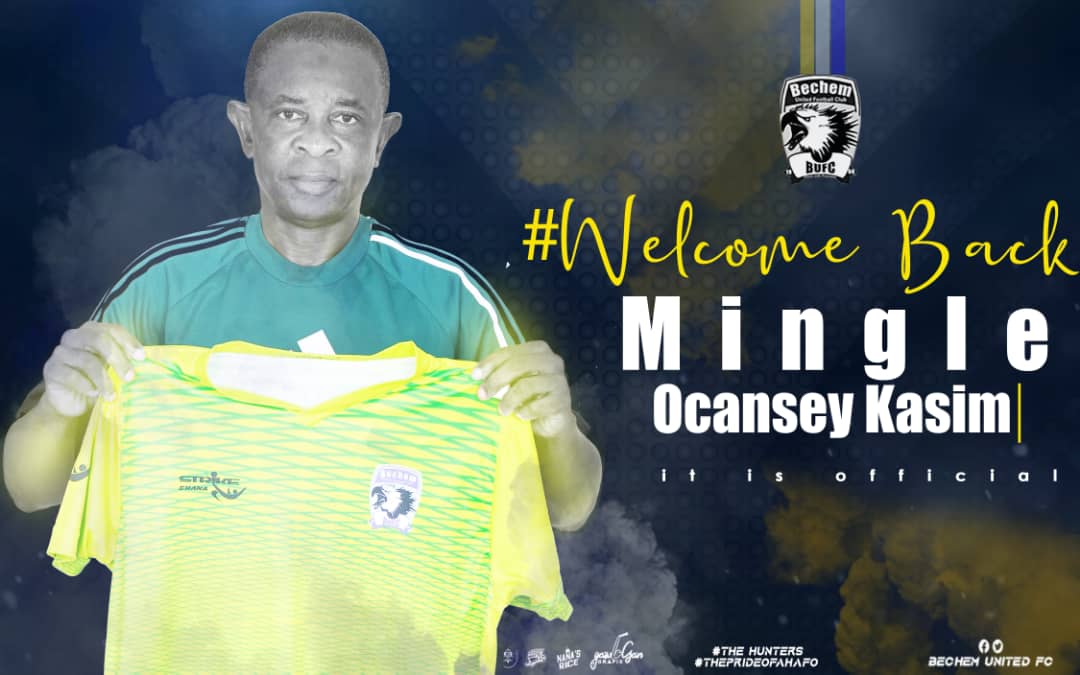 Bechem United have re-hired Mingle Ocansey Kasim as the club's head coach until the end of the season.

He replaces former coach Kwaku Danso who left the club in the middle of the first half of the season.

Ocansey is staging a return for the first time in six years after he guided the team to secure is second promotion into the Ghana Premier League in the 2013/14 season.

He has signed a short contract until the end of the season.

"The team is for you the fans and I plead with you all to rally behind me in order to achieve the target set by the team," Ocansey told the club's website.

"With the support from management and all hands on deck, we will surely achieve our target"

Club's President Mr. Kingsley Owusu Achau added: "We need a coach who believes in youth football of which the appointment of Mingle came after a very careful study and consideration. So let us all support him and he will definitely give us good results".

He will be in charge when the Hunters battle Liberty Professionals in the first match of the second half of the season.