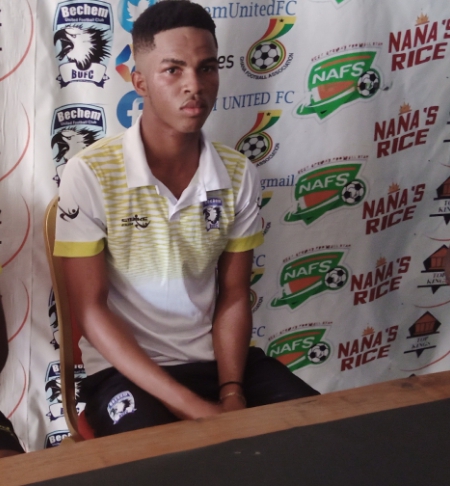 Bechem United right winger Clinton Duodu was named man of the match after an excellent performance against Elmina Sharks.

The match finished one all with two teams scoring in the second half.

Duodu stood out and was duly rewarded with the man of the match award - NASCO products at the end of the game.

Sharks took the lead when Benjamin Bernard Boateng scored in the 69th minute, but five minutes later, they conceded a penalty.

Emmanuel Boakye made absolutely no mistake from 12 yards as he levelled for Bechem United.