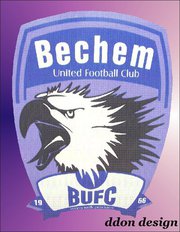 Bechem United Coach Miroslav Bogdanovic has told GHANAsoccernet.com that the first and foremost aim is to stay out of the relegation mire.

Bogdanovic secured Ghana Premier League promotion for Bechem in 2011 but only took charge of the cub's opening two matches against New Edubiase and Dwarfs in the 2011/2012 season.

"You know most people do not understand why I quit. It (officiating) was very bad in Cape Coast against Dwarfs. At 89th minute, we were down by two men and two penalties awarded our opponents,judge for yourself," Bogdanovic revealed.

The Serbian spent one year at Ivorian side Africa Sports after he left Bechem United in 2011 and he is now very confident and prepared for another challenge in Ghana.

" We had a wonderful pre season in Accra. Our boys are poised. Our main aim will be to avoid relegation. If we achieve more,it's a bonus for us," he added.

Bogdanovic will be searching for his first win as Bechem coach on September 15 when they face Amidaus Professionals.