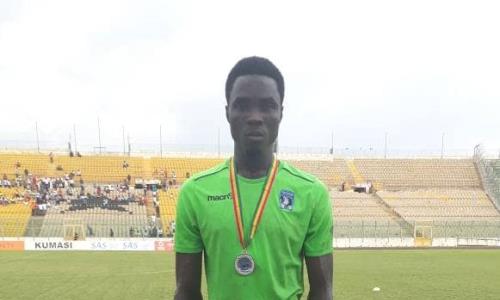 The forward has not reported to the team's training grounds ahead of the start of the special tournament by the Normalisation Committee.

Chief Executive Officer of the club, Nana Kwasi Darlington disclosed that the club has no idea of the forwards whereabouts and are strenuously looking for him.

Mr. Darlington went on to add if anybody finds Hafiz Konkoni, they should inform the club.

“Hafiz Konkoni is not available, he has gone AWOL. We (Bechem United) don’t know his whereabouts. We are still in search of him so in case anybody finds him the person can let’s know,” he told Metro FM in Kumasi.

Hafiz Konkoni has been one of the top marksman in the Ghana Premier, where he scored seven goals before the topflight league was truncated.

The striker was reportedly on the radar of several clubs and was at times seen at the training grounds of Hearts of Oak.