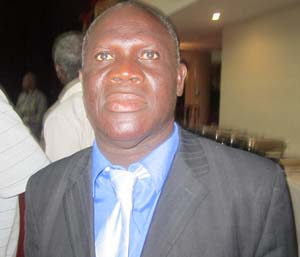 He replaces Serbian trainer Miloslav Bogdanovic who resigned in October.

The club's CEO Kingsley Osei Bonsu believes the former Tano Bofoakwa striker has what it takes to turn the club's fortunes around.

"When I was with B/A United he was our coach so I know what he can do," he said.

Bechem United are rooted to the foot of the table with just a single point.