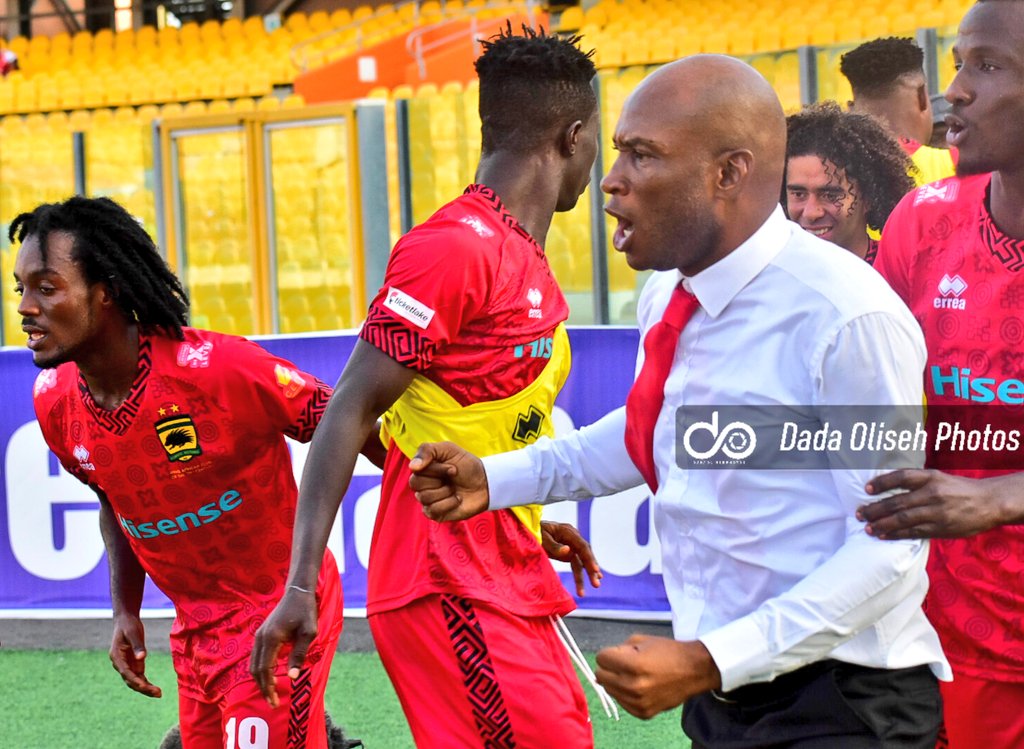 Asante Kotoko coach Prosper Ogum was excited about the victory over Bechem United, but admitted that the Hunters did not make things easy.

Ogum’s team once again staged a belated performance and won 2-0. Ismail Ganiu and Samuel Boateng got the goals in the 86th and 94th minutes respectively as Kotoko marked their return to Baba Yara Stadium with a win.

"It’s good, I mean it was a very good game and it’s good for me because if you look at how tactically the game was, they were very defensively organized," Ogum said.

“Because of that they didn’t allow us to play those penetrative passes and it was difficult to actually get the ball behind their defence."

"We will stick to our game plan, we always trust in our process; even when it’s difficult we trust that we can still score."

Kotoko are first following back to back victories in the new season.